Hearts to travel to Morocco with chartered flight for WAC showdown 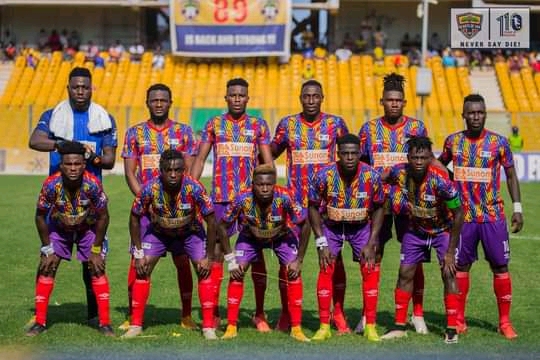 Hearts of Oak will travel to Morocco with a chartered flight in their second leg of the CAF Champions League against Wydad Athletic Club, ghanaguardian has gathered.

The Phobians leave Accra early on Thursday for the showdown that will determine who qualifies for group stage of the 2021/22 Champions League competition.

Coach Samuel Boadu and his charges have been booked for the about five-hour journey from the Kotoka International Airport to Casablanca via a Royal Air Maroc Boeing 737-800 flight that will take off at 5:20 am.

The Ghanaian Champions need at least a draw to qualify for the stage that has eluded them for 15 years.

Wydad will host Hearts at Stade Mohamed V located in the Moroccan capital on Saturday, October 23. Kick-off is 19:00 GMT.

The Confederation of African Football (CAF) has decided that the match should be played behind closed doors due to the COVID-19 situation in the North African country, according to reports.

Aside from being deprived of a couple of players through injuries, Wydad were also without head coach Walid Regragui after contracting the COVID-19 virus prior to Sunday’s first leg in Accra.

The Moroccan champions lost the game 1-0 to the Phobians at the Accra Sports Stadium.

Forward Isaac Mensah timely connected to a Salifu Ibrahim cross from the left into the 16-yard in the 41st minute to give the Phobians victory.

The aggregate winner on Saturday advances to the group stage of the CAF Champions League which will get underway in February next year.

The loser, meanwhile, still has a chance to continue continental football this season, by dropping down to feature in the group stage playoffs for the CAF Confederation Cup.