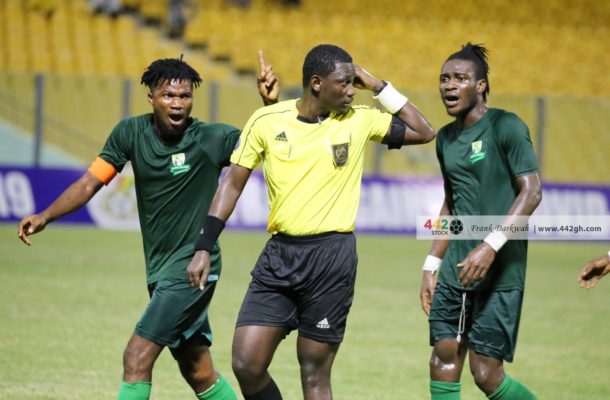 Center referee, Maxwell Kofi Owusu who officiated the Hearts of Oak vs Elmina Sharks match at the Accra Sports Stadium on Sunday has admitted he erred in awarding the phobians a dodgy penalty on the day.

He awarded Hearts a penalty when a goal bound effort hit the top shoulder of the Elmina Sharks defender.

Depsite numerous protestation from the Sharks players the referee stood by his call and to add insult to injury he showed Isaac Donkor a red card for his over zealous protest.

The referees made controversial calls throughout the match including the Elmina Sharks goalie moving off his line Victor Aidoo took his penalty which was saved.

Accra Hearts of Oak eventually won the match 2-0 with goals from Isaac Mensah and Benjamin Afutu in the second half.

He said: “This was absolutely not a good decision.” 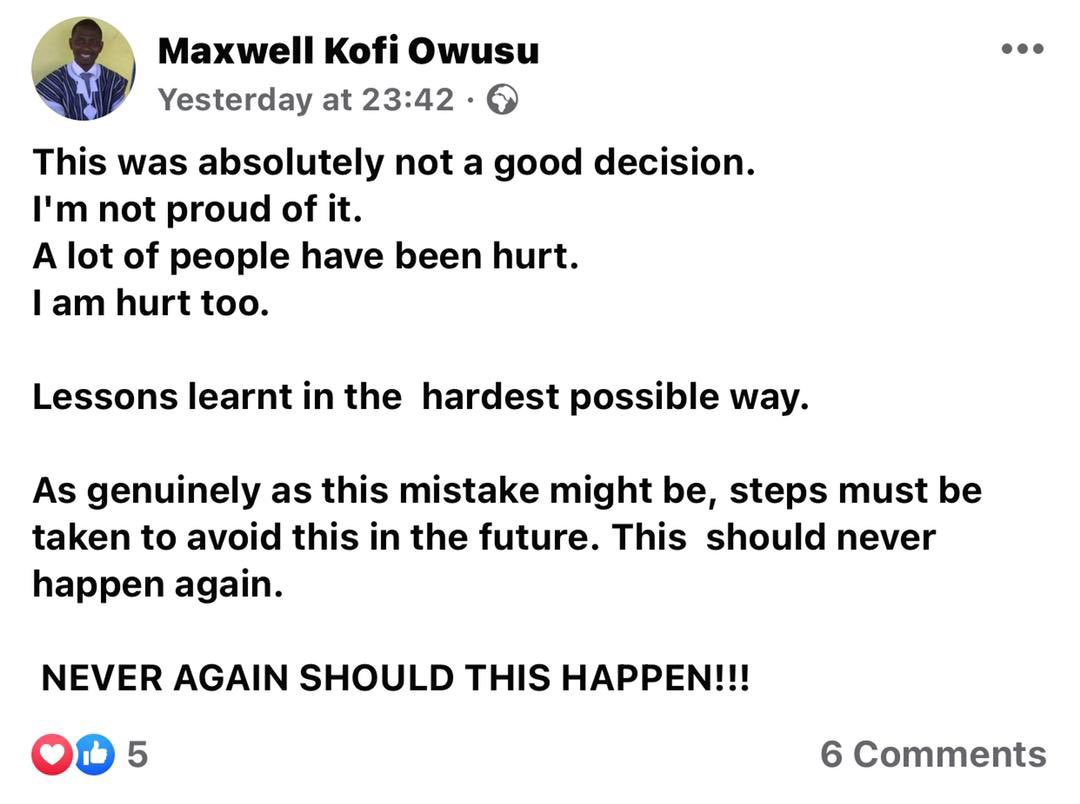