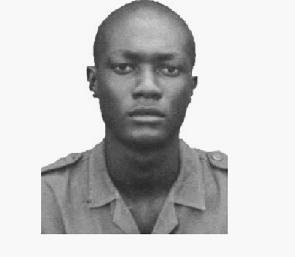 Prisons Sergeant Samuel Nii Addy, No. 8371, reportedly absconded at the John F. Kennedy Airport in NewYork, United States of America, while returning to Ghana after an official duty in West Virginia.

A statement issued by the Public Relations Directorate of the Ghana Prisons Service (GPS) appealed to members of the public who might know Sgt. Addy’s hideout to contact the Prisons headquarters or the nearest Prisons establishment or police station for a handsome reward.

It said Sgt. Addy was enlisted into the service in March 2002 and was last stationed at the Obuasi Local Prison in the Ashanti Region. “He was born on May 9, 1981 at Effiduase near Koforidua in the Eastern Region. He is a Ga” he added.