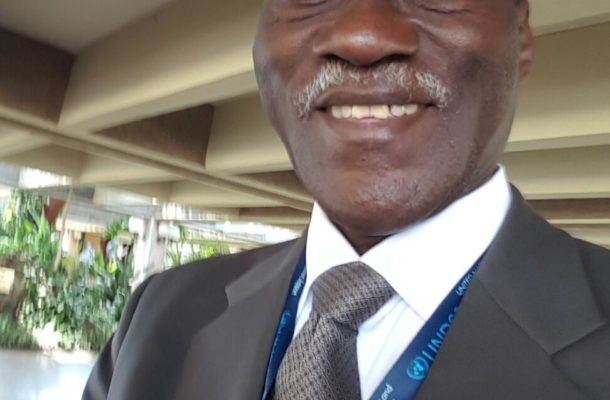 The Ghanaian diplomat visited the infrastructural masterpiece together with other African ambassadors  from Zimbabwe, Uganda, Algeria, Senegal, Mozambique and Rwanda on Tuesday at the invitation of the Chinese embassy.

The China-funded Mombasa-Nairobi railway in Kenya, which will eventually extend to the entire East African region, has won acclaims from African diplomats who have hailed the project as an embodiment of thriving China-Africa ties.

Joined by Kenyan officials and the Chinese Ambassador to Kenya, Liu Xianfa, the diplomats visited construction sites of the Athi River bridge and the Nairobi terminal.

During the visit, the Rwandan High Commissioner to Kenya, James Kimonyo, said he was impressed by the high levels of involvement of Kenyan engineers and technicians in the project.

The China-funded standard gauge railway (SGR) will run from the port of Mombasa to the capital Nairobi, replacing a track built a century ago during the British colonial rule. The project is being carried out by the China Road and Bridge Corporation.

In the second phase, the railway will reach Kenya's western border with Uganda, and the rail is expected to eventually extend to other East African countries.

Construction of the railway has created more than 40,000 jobs for locals, with some 20,000 local employees having received skills training.

The 472km Mombasa-Nairobi railway is expected to be put into use at the end of 2017.