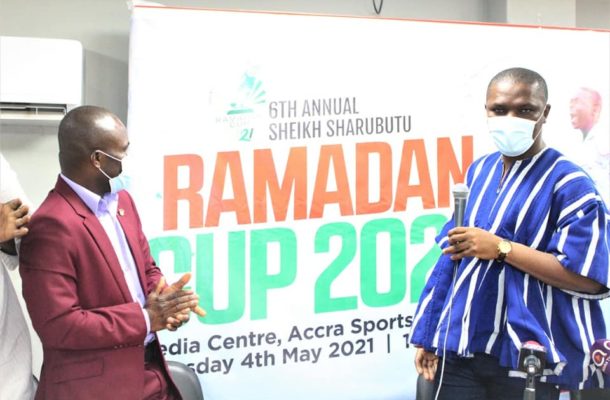 The Minister of Youth and Sports, Hon Mustapha Ussif on Tuesday launched the 6th Sheik Sharubutu Ramadan Football Cup at the Accra Sports Stadium, promising to support it to make it bigger and better.

This year's community football competition involving 24 teams will be played on 15th and 16th May, 2021 at the newly constructed Astroturf stadium at Fadama, which has been named after Chief Imam and recently commissioned by President Akufo-Addo.

The tournament is returning after one year hiatus following the Covid pandemic in 2020.

It is a knockout competition involving  teams From the Greater Accra and Eastern Regions. 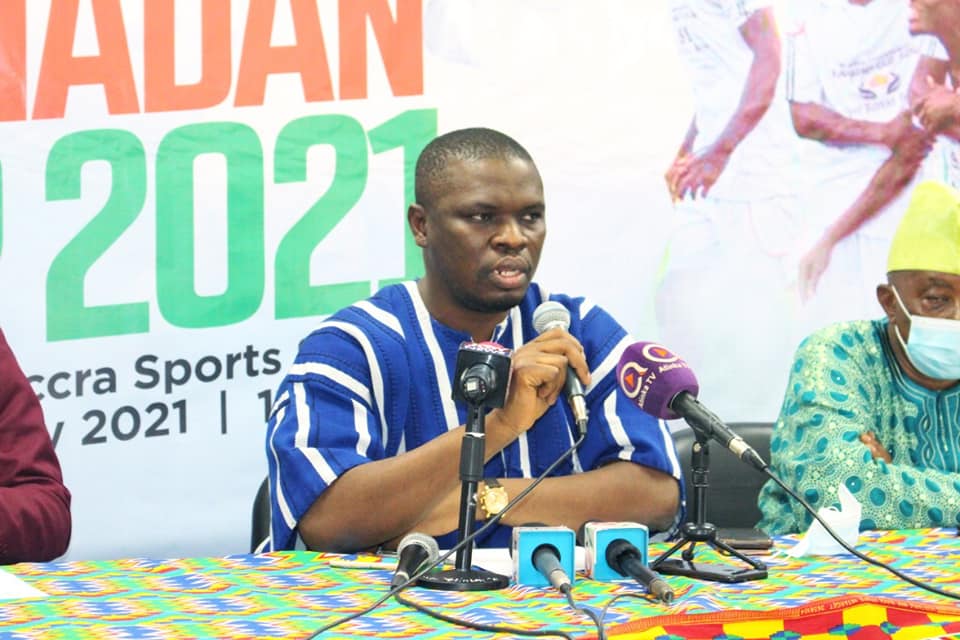 Speaking at the launch, the Minister commended the organizers led by Alhaji Tamimu Issa for sustaining such an important competition over the last six years.

He assured them that Government will continue with its sports infrastructure development projects nationwide to ensure access to training facilities.

Prof. Peter Twumasi, Director General of National Sports Authority (NSA) praised Chief Imam for promoting peace in the country by not only advocating for spiritual health of an individual especially in this Ramadan month but also to ensure sound body and mind achieved through sports. 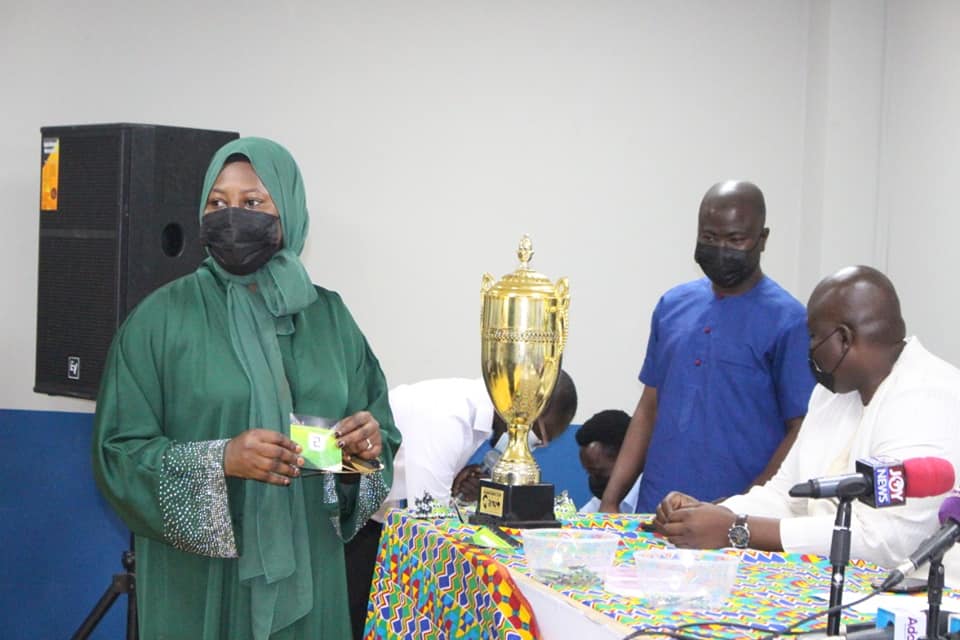 He also encouraged the organizers to expand the participating regions from current two to 16, and with promise to provide assistance from regional directorates of the National Sports Authority. Representatives from Chief Imam and Vice President Dr Bawumia were in attendance.

It will be the first time the Fadama Astro Turf will host the competition as the previous editions were held at the Kotobabi Wembey Park.

The opening match, according to the balloting will feature Cowlane against Sabon Zongo.

Some of the sponsors of the biggest community football tournament in Ghana are Electroland, Ashfoam and Bela Mineral Water and Adonko Next Level.