How Angel FM celebrated and suspended Captain Smart within 24-hours 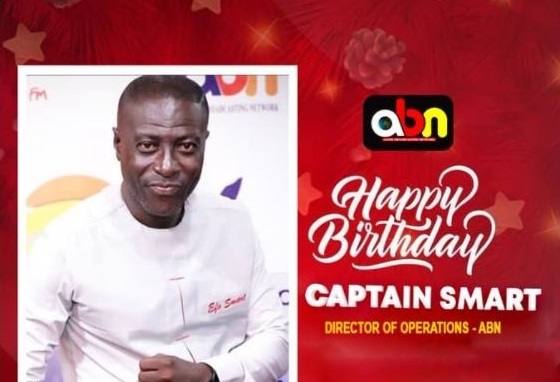 Life the say can be dramatic, unpredictable and full of twists and turns. One minute you are being hailed, the next minute you are being crucified.
If there is anyone who has experienced these harsh realities of life within the last twenty-four hours, then it’s the ace broadcaster Captain Smart.

On Wednesday, he was the subject of flowery messages from his colleagues at Angel FM, before 6:00am today he received a call that asked him to proceed on an indefinite leave.

May 5 was his birthday and he was blessed to have teammates who took turns to celebrate him as a colleague and the driver of the station’s flagship program.

For more than one hour on the show, it was all about Captain Smart with well-wishers calling in to speak words of success and longevity into his life.

Among the persons who called was former President John Agyekum Kufuor who eulogized Captain Smart and wished him long life.

Away from the studio and on social media the station’s handles were flooded with birthday messages for Captain Smart.

On Twitter, the station’s handle enumerated some qualities of Captain Smart which they claim inspire his other colleagues.

“Your dedication, determination, and vision inspires us to always give our best. We appreciate having someone wonderful like you as the Director Of Operations at ABN.”

What started off as an allegation by the President of IMANI Africa has been confirmed by the Managing Director of Angel FM (Accra) with insubordination and maligning of some government officials as the reasons.

"It’s true Captain Smart has been suspended by the Owner of Angel Broadcasting for talking against government officials like President Akufo-Addo and his vice, Dr Bawumia, Alan Kyeremanten…

"He (the CEO) advised him on several occasions but (Smart) refused to pay heed to his advice hence his suspension,". 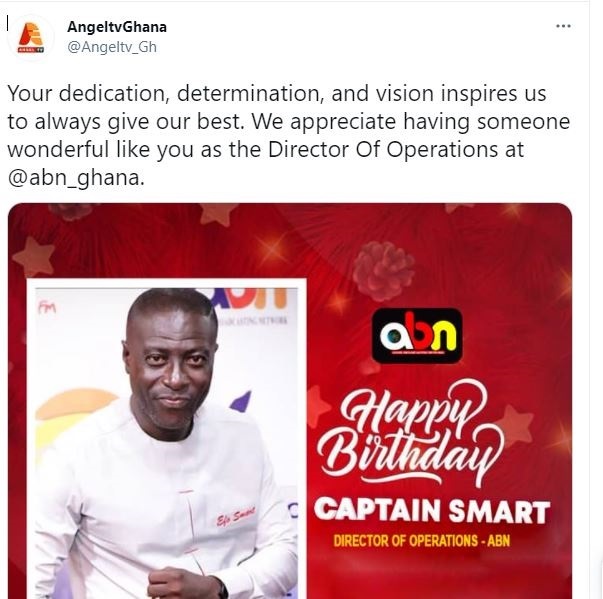