How does the name of Ghana get taken so lightly and in vain by a Hollywood celebrity? 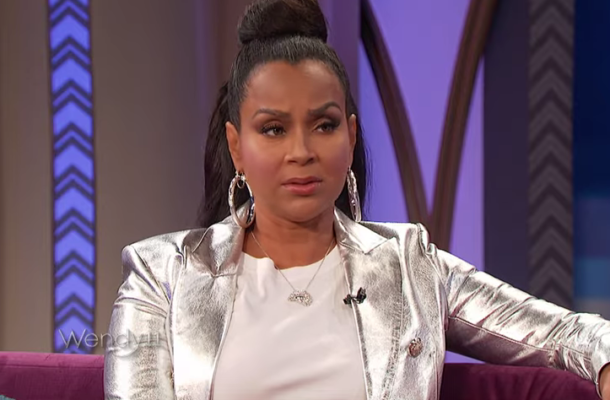 THE “QUEEN MOTHER OF GHANA”? “AFRICAN QUEEN MOTHER”? How does the name of Ghana get taken so lightly and in vain by a celebrity in Hollywood? I’ve just started seeing stories about one Lisa Raye McCoy @TheRealLRaye1, claiming to have been crowned or enstooled as “Queen Mother of Ghana.” But there is no such title or position anywhere in Ghana. Other publications used the title “African Queen Mother” – as if Africa is this one country, with one homogeneous set of cultures and peoples. The whole story smacks of some level of ignorance, disrespect for the culture, and an inordinate desire by someone to feel more important than they are.

Initially, I felt scandalized and outraged as concerned Ghanaian by the claims being made by this Hollywood celebrity, who is also reputed to have been a First Lady of the Caribbean island nation of Caicos and Turks. My outrage got easily deflected to Ghana when I thought of the proverb that says, “If a dangerous creature is going to bite or sting you then it must be close enough and hidden in the cloth you’re wearing.” In the Twi language of our Akan brothers and sisters, I think it goes like this: “Aboa bi beka wo a, na ofiri wo ntoma mu.” Simply put, no one can make a boastful (yet erroneous claim) as the “Queen Mother of Ghana” unless there is a Ghanaian closely involved.

Now, with a little bit of research it’s emerging that, indeed, some Ghanaians had played a key role during a ceremony on or around 22nd September, at the Cicada Restaurant/Club in Los Angeles to bestow on this Hollywood celebrity the title of “Queen Nana Ohema Ama Nyarko I,” that she now claims as “Queen Mother of Ghana.” So, to all the Ghanaians feeling as outraged, scandalized, and misrepresented as I am, let me ask you to find one Chief Isaac Ekow Quansah, alleged to be a sub-Chief of Agona Kwanyako.

From the video on YouTube, this man led the proceedings at this “enstoolment”, with the full support of another Ghanaian, Chief Kwame Attah Yeboah, designated as the Asante Chief of California.

1. How did an honorary development chief title turn into this scandalous misrepresentation?

2. Was this done for money OR did someone benefit financially from this?

3. What development/educational activities plus investment has this celebrity made for the people of Agona Kwanyako, to merit the honorary title in the first place?

4. Why was this enstoolment event happening in Los Angeles and not in Agona Kwanyako, in the Central Region of Ghana?

5. Did the Chiefs and people of Agona Kwanyako know what was being done on their behalf and in their name in Los Angeles?

6. And what was the exact role or connection of the imperial looking King Yahweh who reportedly “presided” over the enstoolment ceremony?

I hope Mr. Isaac Ekow Quansah (aka sub-chief of Agona Kwanyako) can help us with answers. May our brothers and sisters from Agona Kwanyako also help us in clarifying issues. THANK YOU.