I consulted before moving to India- Asamoah Gyan reveals 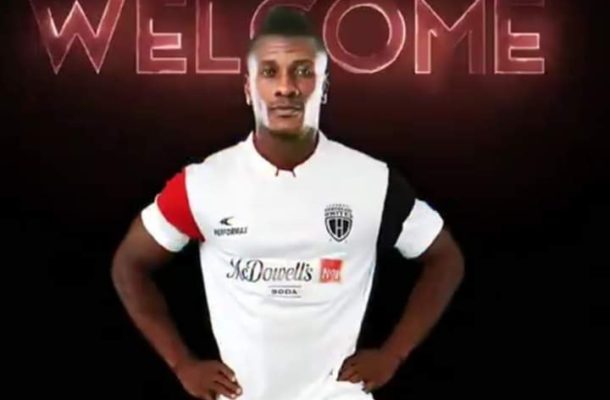 Former Black Stars captain Asamoah Gyan has revealed that he consulted some Ghanaian Players who has had stints in India before making a decision to join North East United FC.

According to the Ghanaian international, he did not have much idea about Indian football and hence the need for the consultations.

Speaking in an interview with Indian news portal Sentinel Gyan admitted that he did not have much ideas.

"Honestly speaking no. I don’t have too much idea. But before I took decision to join NEUFC I have spoken to some of the players from Ghana who earlier played in India", the veteran forward said.

"I have a private discussion with the club owners John Abraham and I am happy with the outcome of the discussion.

"I have already played in several top clubs of the world and this time decided to come in India", Gyan added.

On his early days with his new club, Gyan said, "It’s nice. I am not 100 percent fit and right now working on it".

"Till more than a week is left before we start our campaign in the ISL with the match against Bengaluru and I am hopeful that I would be ready by this time.

"Last time we played in the semi final and local fans would definitely expect similar, even better performance from us, this time.

"Yes I have to play a crucial role in the team. I will feel cozy if I can play my role here in the best possible manner", he concluded.