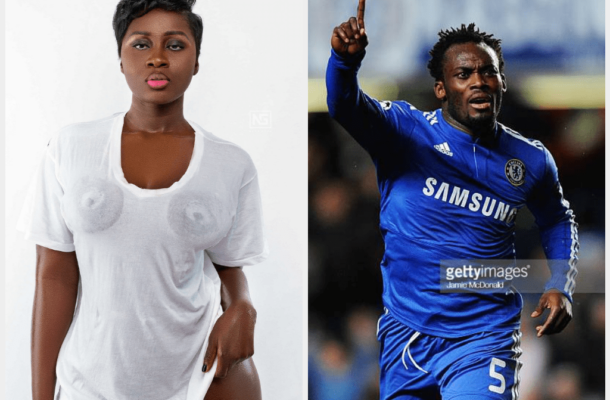 Curvaceous Ghana-based Gambian actress/Instagram model, Princess Shyngle, has claimed she ended her relationship with Ghanaian football legend, Micheal Essien after a year when she found out he was married.

She made this revelation in an interview with Delay on this week's episode of the Delay Show.

Princess Shyngle was responding to a question from Delay if Micheal Essien was one of the 99% of guys who couldn’t satisfy her as she stated earlier in her post on Instagram when the bombshell was dropped.

She first attempted to deny but when Delay asked her why was she kissing him in public at Checkers pub, the Gambian socialite based in Ghana finally stated that she dated Micheal Essien.

The actress went on to talk about when they dated and how long it lasted.

“I dated him. I had no idea he was married. I had no reason to ask him because I never saw wedding ring on his finger and there were obviously no pictures of him and any woman on a social media so I assumed that he was a single man,” she told Delay.

When asked if she was still in a relationship with Essien she answered in the negative.

Mrs Puni-Essien, 42, was the long-time publicist of former Chelsea star Essien before their marriage in 2013. 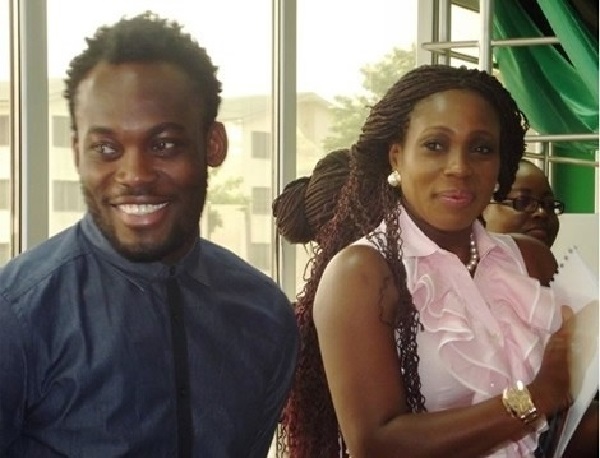 The actress, who has featured in movies like Why Should I Get Married, The 30-Year-Old Virgin and The Mysterious Wedding Planner, majored in IT, Business and Marketing from the Gambian Business College and worked with beverage giant, Coca-Cola.

She currently has a talk show on YouTube, Hot Talk With Princess Shyngle where she shares with her fans relationship tips among others.