I feel the pain of National Chairman Ampofo 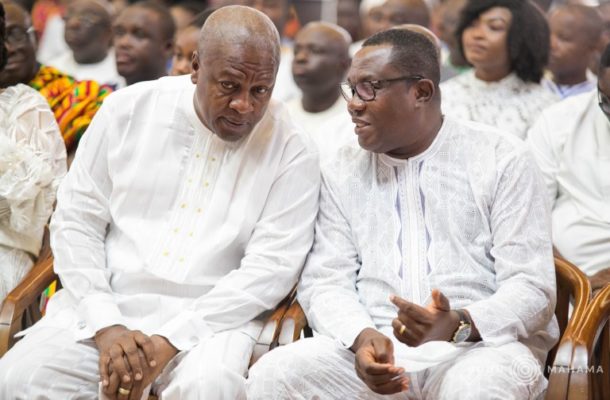 The election fever is on, His Excellency John Mahama and his running mate are making waves all over the country.

The General Secretary and a solid team of National Executives are sweeping every single corner of the country and I must say the campaign is successfully being executed .... But oops ... the national chairman unfortunately is still being dragged to court.

NDC has always treated the NPP as partners in development, or with a mindset that, you don't treat your political opponents harshly.

This however has never been in the DNA of the NPP. When they kill you, and bury you, they watch over your corps to rot for them to be sure you will never wake up. He who knows it feels it.

I was surprised yesterday when I saw the National Chairman in the office. I enquire from him why he has left the team in the Central Region? With a low tone, he responded I had to be in court!!!

I silently moved to my office and said to myself NDC must learn how to use power.

I followed the exploits of Chairman Ampofo with H.E JM on Woezor TV. The numbers, the joy and the call for the return of JM, was something I haven't seen for a very long time. The zeal with which the campaign was going will definitely break the heart of anyone, if you have to abandon it midway, just to report to court .

I finished working on some stuff for proforum and went up to inform Chairman I have closed for the day and will not be in the office tomorrow and the following week because I will be living for Bono North for the funeral of our soldier Comrade Nsiah who fell in the line of duty and a few campaign programs in the Northern part of Ghana.

Chairman then informed me again that he has to be in court tomorrow too. Wow !!! Was the only thing I could say.

I have to call the team after court and join the flag-bearer wherever they have reached, but I will make sure I join you guys at the funeral. We must show solidarity with the family in this critical time of their life. General has also promised to be there he said !!!

Let's keep our Chairman in prayer this morning as he prepares for court.

In this critical campaign time that all soldiers of the party are on the field , Chairman said, I have not fully planned for next week as you have done. I can't predict the next adjourned date!!!

This is a little piece to inform you of what people are going through, and to alert those who still believe in father for all.

Let us not be broken for a minute, it will all end in praise. Victory is assured, and there will be better days ahead.