I had problems while at Lynx Entertainmet – MzVee 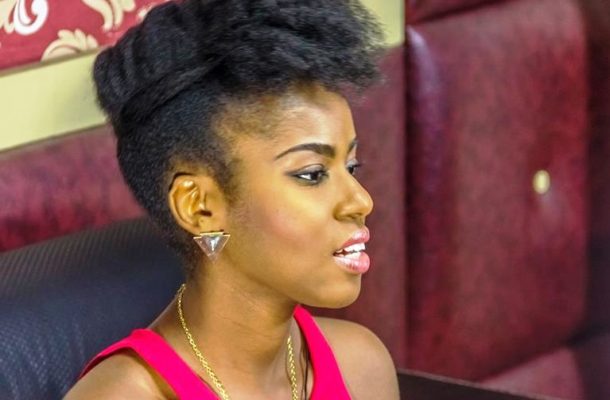 Songstress MzVee has said that though she had problems at Lynx Entertainment before leaving the label, she didn't leave the Label that had nurtured her talent because of the problems she had with them.

According to her, she was depressed to the extent that all she wanted to do was to leave music although she was Ghana’s biggest female musician at the time.

She said those periods were turbulent periods in her young life where her love for music diminished and she didn’t seem to know herself anymore.

The ‘Natural Girl’ hitmaker said she told her boss then, Richie that she was leaving music entirely because she could not stand it anymore.

“In 2019, I took a yearlong break from music but I didn’t know I was going to come back. The depression was very serious so with all the thinking all that came into my mind was that I was going to stop the music because I was just done. I wasn’t even thinking straight then. All I knew was that I was not ok so I just needed time off so I just went off the scene.

She added “I’m the type of person who doesn’t speak up much, I don’t share my thought with people because I’m very to myself. When I was growing up my mother will say Vera you, I don’t know what you are thinking. I can come from school straight to my room, I was very by myself. Secondary School, from dormitory to class. It’s just how I’ve been because growing up we were in a very strict home and we weren’t allowed to have friends and play around so I was antisocial so sharing my thoughts with people is not something I never knew how to do so anytime I had a problem, it was all on me and then it compiled to a point that it was just driving me insane”.

“The only person I could talk to was Richie. So as for Richie in somewhere 2017 we had the discussion and I told him that I think I will be stopping the music soon because he knew I was going through something. So 2018, end part of 2018 when I told him I’m going to stop, he was like he knew it was coming so that was it. He didn’t want me to stop but that was it.”