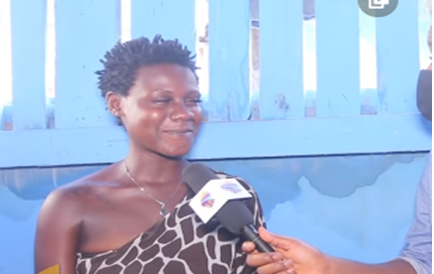 Speaking on SVTV Africa, the young girl made it clear that she has 3 boyfriends, with each of them playing different roles.

She said, amongst these three, it is only one she genuinely loves.

"I have 3 boyfriends at the moment; it is only one I love and the other two are paying," she disclosed.

When asked about the kind of drug she is into, she said, she does not do any other drug apart from weed, adding that, it makes her super excited.

According to her, she first tasted weed at the beachside with her friends and has not quit ever since.

The 20-year-old girl, speaking to DJ Nyaami, revealed that, at age 16, she started street life and as a result, her commitment to school was very low.

Eventually, she got pregnant at JHS. She subsequently dropped out of school. According to her, the dream has always been to become a nurse but street life wouldn’t allow her.

She, however, disclosed, she is willing to stop should she get any volunteer to take her to the rehab center.

With humility and plea, she advised Ghanaian youth to be attentive to their parents and stay away from drugs.