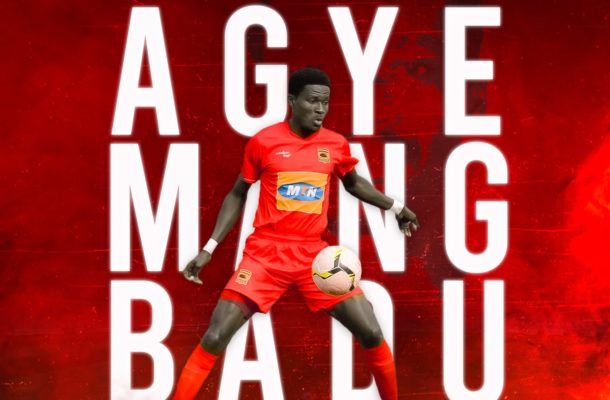 According to the newly signed Inter Allies player, he will rejoin his former side on day if that is the will of God in future.

The towering defender left the porcupine warriors before the start of the season after deciding against renewing his contract as the terms was unfavourable.

"It’s not because of anyone that’s why I love Asante Kotoko. I’ve loved the club since. I will play for Asante Kotoko one day if that’s what God wants to happen in future. "he told Ashh FM

He however called for the supporter of his fans to continue to so and he knows why he chose struggling Inter Allies.

"I’m happy for all those that have supported me from day one. I want all of them to continue supporting me. They should know I have joined Inter Allies and I know the reason why I joined them. When you understand the margins in life and football you will understand me." he said.