I no longer have anything to do with my brother Jerome Boateng - K.P Boateng 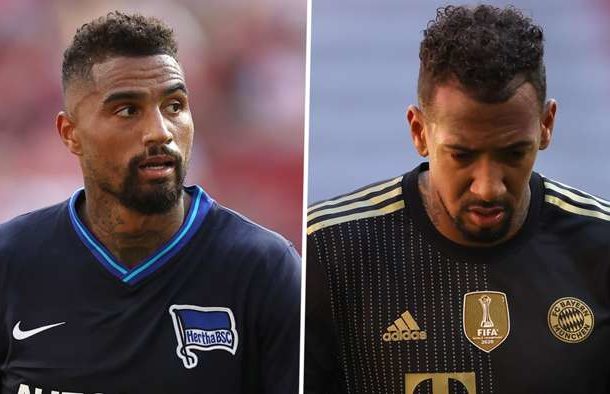 The centre-back, who joined Lyon this summer after leaving Bayern Munich, was ordered to pay a €1.8 million fine  after being convicted on Thursday.

Boateng avoided a possible prison term for the incident which took place in 2018, but the prosecution has said they will consider appealing the judge's ruling as they hoped for a suspended sentence instead of a mere fine.

Kevin-Prince says his relationship with Jerome, who has the same father but a different mother, broke down well before the latter's conviction.

"I've distanced myself from Jerome for a long time," the Hertha Berlin player said to  Bild .

"I value and respect German law. I abhor violence against women.

"I don't identify with my brother's actions and that's why I no longer have anything to do with him."

The Germany international signed for Lyon in a free transfer during the summer window and is yet to make his first appearance for the club.

Coach Peter Bosz refused to comment on the 33-year-old's legal situation but says there is a chance he could debut on Sunday when they take on Strasbourg.

"I'm a coach, it's his private life, I don't want to say anything about it," he told reporters.