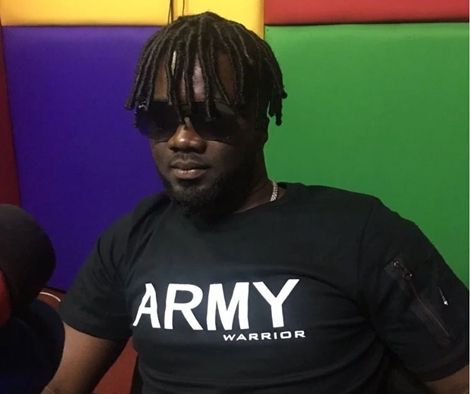 Michael Takyi-Frimpong, now popular known as Lord Paper has revealed his real motive behind the most talked about music video this year as purely to make money on YouTube.

“The intention actually was to make some money on YouTube. That was the main intention…. I mean people like those kinda stuff and my main focus was not even in Ghana…. if I’m not being recognized in Ghana at least I should be paid….” He said on Y 97.9 FM’s RYse ‘N’ ShYne in Takoradi.

When asked whether he’s a blogger so he could blog on the video to get more clicks, he vehemently said no and that his purpose was even achieved by other bloggers who made money out of it because at the end of the day his video was taken down on his channel which was supposed to fetch him some ‘moolah’.

Lord Paper claims he did not know how his video ended up on twitter which made him trend for three days because as at that time he was not active on twitter and had even forgotten his password so a friend actually drew his attention.

When further questioned about how he feels about his new found fame, he was quick to admit that every artiste needs attention and for that to propel him to this level he’s OK with it.

He blames the system and the entertainment industry in the country for failing to create a platform for underground artistes to showcase their talent to earn a living from what they exhibit.

“It is sad that an underground artiste has to pull a stunt like this to get recognition even though my intention was not to crave for fame…” He added.