I prefer to date very rich but impotent men - Actress 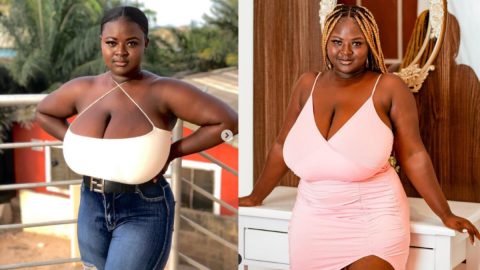 It is quite common for women to date or marry wealthy older men, and some famous actresses have done just that.

This group of women marry wealthy older men for security, while others also date them for true love.

Well, Ghanaian actress and model Fauzia popularly known in the showbiz industry as HajiaFauzy has openly confessed to preferring dating older men who are impotent.

According to her, so far as the man can take care of her financial needs, his sexual competence does not matter to her.

She disclosed this in an interview with Arnold Mensah Elavanyo on his Vibes in 5 show, monitored by GhanaWeb.

HajiaFauzy has starred in some comedy skits and is also signed onto Oseiwus Ventures.