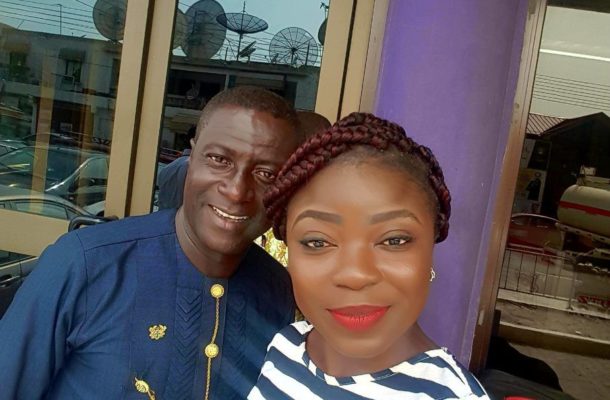 Godsbrain Captain Smart, the host of Onua TV’s breakfast show has given an account of how he saved colleague journalist Afia Pokua (Vim Lady) from being lynched by a mob at Nima over a news item.

Captain Smart recounts his then Adom FM colleague was accosted by a group for filing a story that appeared to put the National Health Insurance Scheme in a bad light.

He disclosed on his show that he had to rush from the office of Adom FM to go rescue his colleague from the angry youth.

“When Afia Pokua was at Adom FM, she was assaulted for a story she did on the NHIS. I had just come to Accra and heard that she was being beaten in a gutter so I had to drive from Multimedia to Nima with a club to save her.”

Captain Smart was speaking in response to a comment by the Member of Parliament for Assin Central, Kennedy Agyapong, which comments have been criticized as seeking to instigate a public attack on journalist Erastus Asare Donkor.

Captain Smart warned that journalists ought to be protected and called on the Akufo-Addo government to call Kennedy Agyapong to order.

He said that the government can only claim it is not against the persecution of journalists if it condemns the attack on the LUV FM journalist by Kennedy Agyapong.

“Today, we are being told that a journalist should be beaten for a report he did. When we say it, they debunk that government is doing everything possible to protect journalists. If you think you are protecting journalist, then talk to Kennedy Agyapong and bring him to order,” he said.

Captain Smart cautioned Kennedy Agyapong to be guarded by his public utterances charging that he is prepared to take him on.

He said that the era where he only observed Kennedy Agyapong unleash verbal attacks on people is over.

“Kennedy Agyapong is becoming too much in this country but no one is scared of him. I was quiet because he was championing the cause of the youth so I had to keep quiet and support him."