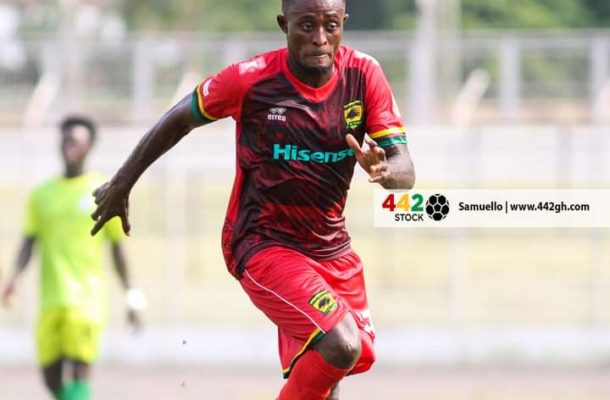 Kwame Opoku left Asante Kotoko for Algerian side USM Algers in the second round of the transfer window for a reported fee of 450,000 euros.

The former Nkoranza Warriors striker played half a season for Asante Kotoko playing 16 matches and scoring 9 goals for the club.

According to Opoku, new striker Francis Andi Kumi is like him and he needs the support of the fans just as he was given before he traveled.

“The players who are in as my replacement, I see myself in most of them especially Andy Kumi Francis who has scored 3 goals already for Kotoko,” he said in an interview with Kumasi FM.

“Kumi is like me, and if the supporters give him the same believe they had in me, he will play to the best.” He runs the same way I do and plays the team out of his heart, I wish him and the club well.” He concluded.