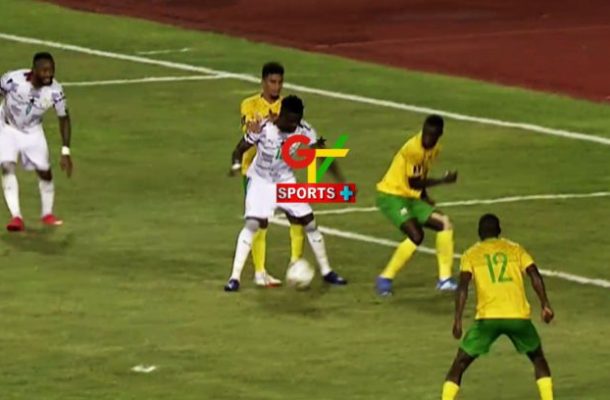 Ghana's all time record goal scorer Asamoah Gyan aka Baby Jet has waded into the controversial penalty call against South Africa that has seen Ghana book a place in the Qatar 2022 World Cup qualifiers play offs.

Captaian Andre Ayew expertly converted the penalty to hand Ghana the only goal of the game as the Black Stars qualified at the expense of South Africa.

But Ghana's most capped player believes that Liecester City defender Daniel Amartey went down too easily for the penalty but will not begrudge the referee since he was much closer to the action.

“I think the incident was a bit casual. From where I sit and how I saw it I think Daniel Amartey went down too easily but the referee was closer to the spot and probably had a better view of the situation. Remember was the tempo of the game also could have influenced the referee’s decision to award the spot-kick,” Gyan said in an interview with Asempa FM.

The South African FA who have been incensed by the penalty decision have since lodged a protest with FIFA with a verdict on the protest expected in the coming days.