I was born and raised in Germany but I'll play for Ghana - C.K Akonnor's son 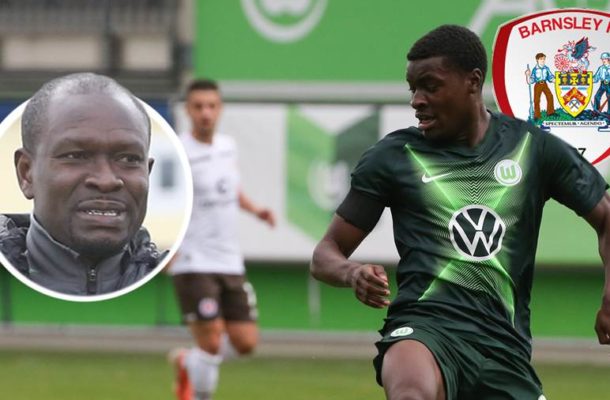 Son of former Black Stars coach C.K Akonnor, Charles Jesaja Herrmann Akonnor has pledged his allegiance to Ghana over Germany the land of his birth.

The son of Akonnor was born and raised in Germany and has represented the country of his birth at youth team level but is yet to play for Germany at the senior level and says that he is a black man and a Ghanaian and will not think twice if Ghana call him to play.

Jesaja Akonnor is eligible to play for the Die Mannschaft but says that he is waiting for Ghana as he has a Ghanaian heart and is a black man.

“I can name a lot of Ghanaian footballers. I follow them. The Ayew brothers. Sulley Muntari. I watched them all in the World Cup in 2006. Asamoah Gyan. Michael Essien. Because of Essien, most Ghanaians want to play for Chelsea. They’re like legends. Yes and my dad of course. Abedi Pele, Tony Yeboah.

“And now in my generation, there are also lot of Ghanaian players who’ll like to play for Ghana also like Richmond Tachi, who plays for Dortmund second team. John Yeboah playing for Willem II in Holland.”

The 21 year old KV Kortrijk striker has this season played 3 matches for his side bit is yet to score a goal after joining from Wolfsburg's second team.