I will need your support to succeed - Kwame Opoku 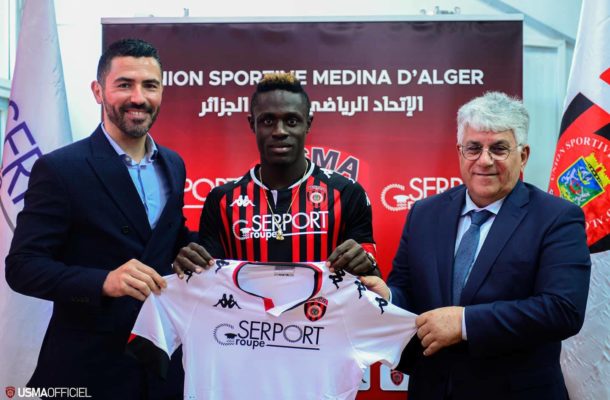 Ghanaian striker Kwame Opoku says he would need the support and prayers of supporters of his new club USM Algers in order to succeed.

The former Asante Kotoko striker sealed a move to the Algerian side in a deal reportedly worth in the region of $500,000.

Opoku has signed a four and half year deal with his new side and says he hopes to help his new side propel to greater heights at the end of the season.

Speaking at his unveiling the Black Stars striker says he wants to help his new side lift the Algerian league trophy and also help the team succeed in all competition they are competing in.

After passing his medical examination on Monday, the exciting striker was unveiled by the club on Tuesday.

“What I will say to the fans or requests from them is their prayers. I want them to pray for me and also give me unflinching support to be able to be a success story at the club."

“I have always received encouraging words and messages from the fans after my deal with the club was announced and I must say that made me happy and served as a morale boost and a big motivation for me and I want to use this opportunity to say a big thank you to all the lovely fans of this esteemed football team”, Opoku concluded.