If you are not scared of me, let me interview you next week – Nana Aba dares Delay 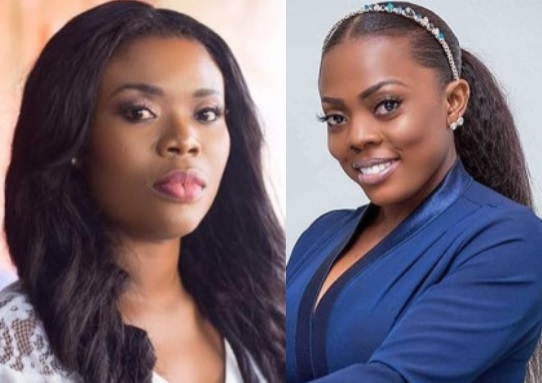 Ghanaian broadcaster Nana Aba Anamoah has revealed that she has since 2008 made attempts to interview the celebrated host of the Delay Show, Deloris Frimpong Manso.

Nana Aba in a Twitter post alleged that Delay as she is popularly known has been turning down her interview requests for more than a decade.

She dared Delay to avail herself for an interview by her next week if she is not scared of her.

“To all those mentioning me under this post, Delay will never allow me to interview her. She’s been avoiding it since 2008.

"S3 onsuro a, she should make it happen next week. And she must swear not to edit anything out of that interview, she tweeted.

Nana Aba was replying to a post where Delay threw a challenge to her fans to nominate journalists they believe will do a good job interviewing her.

Nana Aba’s name was repeatedly mentioned in the tweet which prompted what seemed like clarification and challenge from her to Delay.

Interestingly, Delay in her subsequent tweets did not comment on the issue in what Ghanaian social media parlance will describe as ‘aired’.