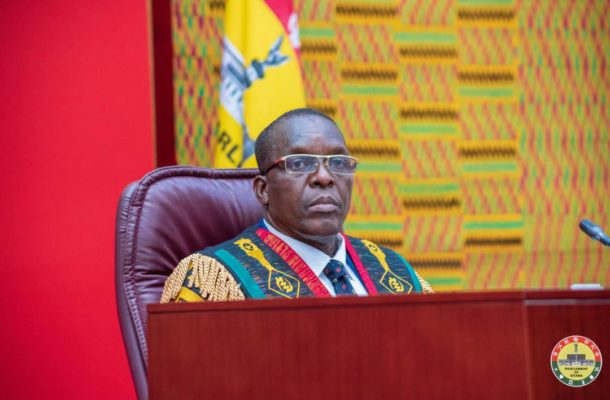 The Speaker of Parliament, Alban Sumani Bagbin, has reiterated the need for Parliament to exercise its oversight responsibility over government expenditure.

He said this function of parliament is a crucial one that cannot be taken lightly.

Speaking at the post-budget forum held at Ho in the Volta Region over the weekend, Mr. Bagbin said it is not enough for Parliament to pass laws for the government to raise revenue without following through to ensure the revenue raised is used in the interest of the public.

“Financial oversight and control over the public purse are very very important functions of Parliament. Don’t forget, without you passing legislation, the government cannot tax anybody, that’s where it begins. And so if you authorize the government to tax, to raise revenue and that you approve a programme for government to implement it behoves on you (sic) to make sure that revenue that has been collected is utilized not in the interest of any individual but in the common interest,” he said.

The Speaker has also reminded the Members of Parliament of the powers that they have, including the power to impeach the president, and urged the house to stand for itself when it matters.

He added that though some state institutions are regarded in law as being independent, that independence is only limited to the performance of their functions and duties and not with respect to Parliament having an oversight responsibility over them. He told members not to “go and sleep”.

Meanwhile, the Majority Leader, Osei Kyei-Mensah-Bonsu, at the same event, has asked Committees of Parliament to trace and track allocations that are made to the various sectors of the economy in order to assure Ghanaians that there is value for money in the expenditures that are made on their behalf.

The Minority on the other hand has served notice it will not support the controversial E-levy policy proposal in the 2022 budget statement.
Source: 3news