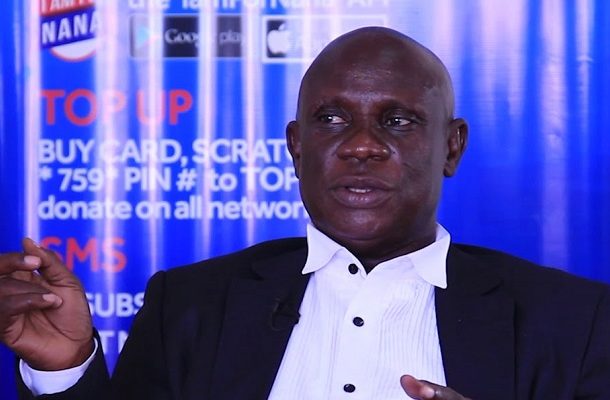 Nana Obiri Boahen, the Deputy General Secretary of the New Patriotic Party has challenged the Inspector General of Police, James Oppong-Boanuh, to apologize to Ghanaians and the family of the slain police officer in the Jamestown robbery incident over comments he made which seeks to justify the presence of crime in the country.

James Oppong-Boanuh in an interview with journalists on Wednesday, June 16, 2021, shot down calls for his resignation, noting that he is not the only police chief dealing with criminal activities.

Oppong-Boanuh suggested it is not unusual to record criminal activities in the country as crime exists in every place of human presence.

“We are doing what we can to protect the people of Ghana. There is no society in the world where there is no crime. Even in the USA, UK and Sweden, where they, more or less have everything, they still have crime. The only place that doesn’t have crime is heaven and we are not in heaven,” he said.

Speaking on Neat FM, Nana Obiri Boahen said that the comment by the IGP smacks of insensitivity and lack of concern for the family of the police officer.

He said that the IGP should at this time be mourning with the family instead of making comments that suggest that he cares not about the plight of the officer.

“If he said that then honestly speaking, he didn’t speak well. A policeman and a woman have been killed, speak in a way that will bring comfort to them but if you say that then it’s very bad. He didn’t speak well and I think he should come out and apologise for making that comment.

“To say that in the midst of the murder of the two people, let’s be frank, he didn’t speak well. He’s my man but you don’t talk like that. The comment is unacceptable and he should apologize to [the] family and Ghanaians.”
Source: Ghanaweb