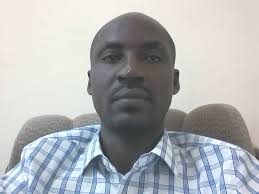 Former management member of Kumasi Asante Kotoko, Alhaji Ali Maradona says that he will do something monumental for his beloved club by building a stadium when given the opportunity to manage the team.

According to the former circles chief, if even he is handed the club for a month the first and only thing he will do will be to build a stadium for the team which he will christen Otumfour Sports Stadium.

Speaking in an interview with Ashh FM, the Canadian resident who is now in Ghana says that the club will fare a lot better with their own stadium.

"If I'm given Kotoko for even one month I would want to build the Otumfour Sports Stadium for Kotoko.

So that Kotoko too can lay claim to the fact that this is our stadium so that we would not suffer like we did during the African Cup campaign playing at the home grounds of our enemies."

"Look at how we suffer in Accra which is supposed to be our home grounds while we prosper away from home.

If you sum up the total gains we have had away from home its more than at our home grounds."

When asked if it was the right decision to choose Accra as Kotoko's home venue he responded that management had no other option.

It was also suggested to him that Kotoko could have chosen to play their home games at Obuasi due to its proximity and financial benefit he replied No no no!!!!!.