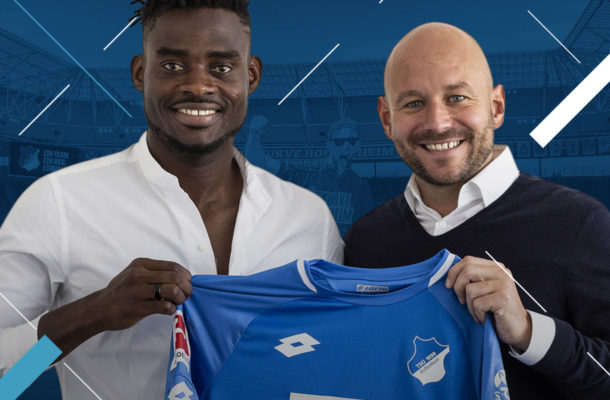 Ghana and TSG Hoffenheim defender Kasim Nuhu Adams says he will leave German side TSG Hoffenheim in the January transfer window due to lack of action.

Nuhu Adams says that he has been sidelined by the German Bundesliga side because he defied their orders and played for the national team the Black Stars.

"I will keep it for now because we are still in talks that January I will move" he told Medeama FM.

He added: "For now, I cannot disclose the name of the club. I will plead with the public for now.  I will disclose it at the right time but for now it has to be between me and the club".

The defender has been a bit part player this season at the German side failing to make a single appearance in the German Bundesliga for his side.

He went out on loan in the 2019/2020 season at then Bundesliga side Fortuna Dusseldorf but they were relegated that season and had to return to his parent side.

The former Medeama defender joined the German side from Swiss side FC Young Boys in 2018 but has struggled to nail down a place in the team.