I'm disappointed because we were very close - Hugo Broos 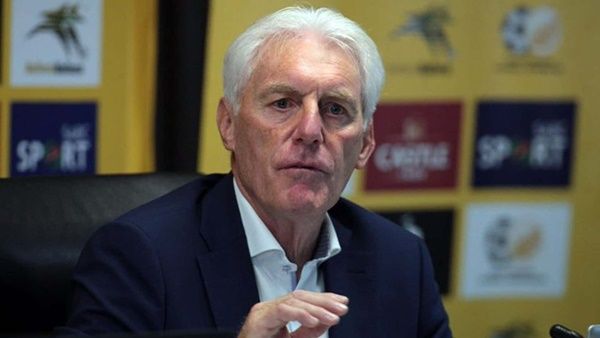 Head coach of South Africa Hugo Broos says he is disappointed his side failed to qualify for the play offs of the Qatar 2022 World Cup despite been in pole position.

A 33rd minute penalty was converted by the Black Stars captain on his 100th cap after Leicester defender Daniel Amartey was adjudged to have been fouled in the box during a corner kick.

Speaking after the game the 69 year old Belgian coach says that he did not see the incident that led to the penalty but his players were surprised at the decision.

"I was very disappointed with the perfomance of the referee because he allowed Ghana to play aggressively."

"On the penalty, i didn't see anything because it mostly difficult to see an incident in that angle from the bench. The only thing i saw was Amartey lying down and my players looking surprised."

"I'm disappointed today because we were very close. It was only  decided with a goal difference. Like you said we did well in the last three months."

"Ghana is a very good side. They are one of the best in Africa, they have quality players and could possibly qualify. We came with just one mindset and that was to win but we came up against a strong side. No one can blame us for not qualifying."

"It didn't have any impact on us. I didn't know Ghana needed just a win because i didn't check the table, i only went to post-match five minutes after the Ethiopia game." He concluded