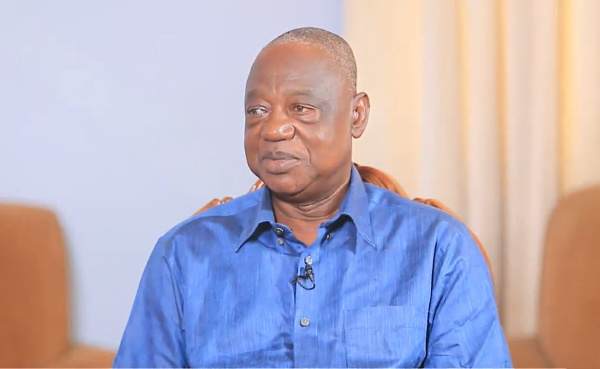 Dr Benjamin Kunbuor, former Nandom MP, has stated that he is not perturbed with the insults that NDC supporters are hurling at him after he joined the NDC Cadres forum in Tema to discuss matters around the party and its planned reorganization.

Speaking on Citi TV on Tuesday, April 20, 2021, and monitored by GhanaWeb, the member of the NDC Council of Elders indicated that, even though the insults are from the various NDC platforms which he is not part of, he gets to know from beloved party faithful who send them to him, adding that he feels happy anytime he sees them.

Dr Kunbuor said, whatever he is doing as an elder of the party is something that he has a clear conscience about and he is not ready to stop just because some people who are unhappy disagree with him.

“I’m actually enjoying it, particularly the insults on the platforms; I don’t belong to most of them but good friends [send to him],” he said.

“What is interesting is the large number of messages you get from the very leading members of the party, who say that look you have spoken for all of us and it’s about time that conversation takes place. So, when you get somebody who just makes a statement that these are people struggling to be relevant in the party, these discredited old members of the party, I can only smile,” Dr Kunbuor added.

A recent meeting by the NDC Cadres has brought about a misunderstanding within the NDC.

But Dr Benjamin Kunbuor explained that the meeting held by some members of the opposition National Democratic Congress (NDC) in Tema did not conflict with the retreat the party’s National Executive Committee (NEC) organised in Ho.

His defence comes after some leading members of the NDC at a forum dubbed, ‘Securing NDC’s Future’, described the party in its current state as a ‘lame and an injured horse”.

They urged its executive to adopt decisions that will resuscitate the party before it collapses.

The comments, to a section of NDC supporters and sympathisers, deepened the crack in the party even further.

Dr Kunbour told Joy News that the intention of the forum was not to attack the works of the NEC but to have a conversation on matters that are gradually derailing the party.

He stressed that, unlike the NEC meeting which was to tackle short term strategic arrangement, the forum was to focus on the long-term sustainability of the party.

“For the NEC there would be a conversation that is dealing with internal party matters but the conversation that was taking place in Tema was one of a very broad spectrum and with a panel who have quite some experience in terms of the history [of the party].

“So we thought that yes, by all means, let the NEC do what they are doing. And as we await NEC, there are many lines of conversation that can take place all geared towards positioning the party for the future. And one is not just talking about only the future of 2024; that’s a very limited agenda,” he said.