I’m on my knees; please forgive me – Isaac ShowBoy apologies to Bandex 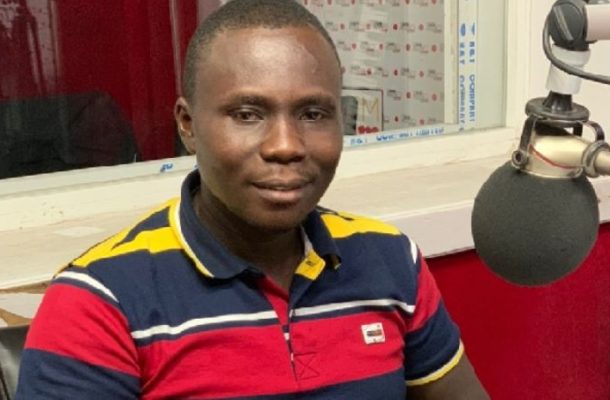 Gospel musician Isaac ShowBoy has publicly apologized to his former Producer Ahmed Banda, ‘Bandex’, for disrespecting him some time ago.

Great Ampong recently told the media that he will not work with former label mate Isaac the Showboy because he (ShowBoy) has a feud with Bandex. And until ShowBoy apologizes to their boss, he’s not working with him.

In an exclusive interview with Onua FM’s Christian Agyei Frimpong on Anigye Mmere, Isaac the ShowBoy said he had no bad blood with his former label. But after listening to Ampong in a phone-in interview, he remembered and apologized to his former manager accordingly.

“Out of pain, I sent a text message to Bandex. Telling him that I can’t work with him again. I believe that’s what Ampong is talking about.”

Issac the ShowBoy proceeded with a public apology as he remorsefully beseeched his former manager.

“So Bandex, if you are listening to me on the radio now, what I can say is, if the pain of the message I sent is still in you, I’m your son. If not for anything you’ve fed me before, Alhaji Bandex. I am on my knees. Forgive me.

“Papa, wherever you are, forgive me. Tomorrow, I will come to your house and settle everything with you amicably,” ShowBoy soberly apologized.