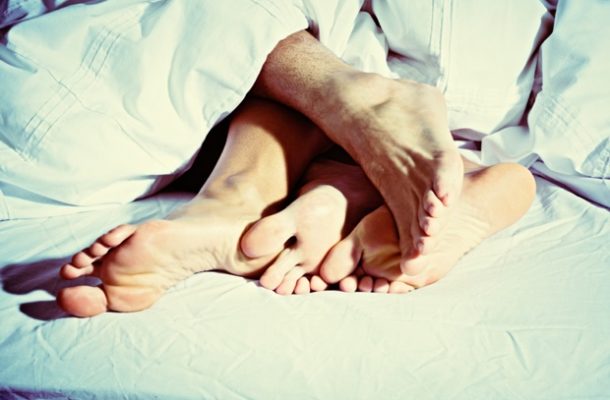 The phrase “involuntary celibate” has taken on a new meaning since the Toronto terror attack last month. But celibacy itself is nothing new.

“Joseph”, who is 60 and a widower, did not have sex until his late 30s – and not through choice. Here he shares his story.
Sexual relationships and intimate relationships never developed for me and so I remained a virgin until my late 30s. I have no idea how unusual that is but I experienced a sense of shame, and I felt stigmatised.

I was a terribly shy and anxious person, but not isolated. I always had friends but I was never able to translate that into intimate relationships.

At school and sixth form I was surrounded by girls and women, but I never made the kind of move that is probably quite a normal one to make.

By the time I reached university, my pattern was set – not having relationships was what I expected. A lot of it was due to a lack of self-esteem and a deep sense that people would not find me attractive.

If you go through your late teens and early 20s without going out with people, you don’t have the evidence that builds up and says: “Yes, people can like me because look: I’ve had that girlfriend and that girlfriend.” That allows the sense that you are unattractive to persist and to be reinforced.


I never spoke to my friends about it, and they didn’t ask. I would have been quite defensive if they had, to be honest, because I was developing a sense of shame about it.

It may not be true that society judges people for not having sex. But I think when anything is perceived to be outside of normal then it’s liable to be seen as deviant in some way.

All of that promoted in me a sense of shame.

Most of my friends had girlfriends. I watched from the sidelines while they were starting relationships and, later, getting married. That had a corrosive effect on my self-esteem, in a drip-drip way.

I was lonely and quite depressed – although I didn’t recognise it then. That might have been about not having a sexual relationship, but it was also about a lack of intimacy.

I look back now and for about 15, probably 20 years, I really wasn’t touched by a human being or held by anyone apart from immediate members of my family, like my mum, my dad and my sisters. Apart from that, any sort of physical, intimate contact was absent. So it’s not just about sex.

If I saw somebody who I fancied, I didn’t feel any excitement or pleasure – instead, my instant reaction was one of sadness and depression. I had a sense of hopelessness about it all.

I didn’t have a fear of rejection – the idea of rejection was irrelevant because I was so certain that no-one would be reciprocating any attraction I felt.

It might have been a defence mechanism on my part, but I developed a deep feeling that it might be wrong to approach women and that it might be an imposition on them. I was certainly never going to be that guy who “used” women.

I felt women had the right to go about everyday life and enjoy a night out without having anyone approach them.

I often became friends with women I was attracted to. I’m sure many of them were completely unaware of my romantic feelings.

At the time I would have been certain that they didn’t want me. From where I stand now looking back, I honestly don’t know. I don’t think I had the attractiveness of confidence.

A woman never asked me out – that would have been nice! Perhaps it was less acceptable to do so at the time.

I became clinically depressed in my mid-to-late-30s, so I saw my GP and I was prescribed antidepressants, and I also started having counselling.

Plus I’d grown up a bit.

I found myself asking somebody out, and that then turned into a brief relationship.

I remember being anxious and nervous on the first date. But I felt, “This is nice, I like this.” So I asked her out again afterwards, she said yes, and things developed from there.


Only a few weeks after that first date, we became physically intimate. You hear those cliches of teenage fumbling – well, I wasn’t a teenager, so I found I knew what to do. I also found it was exciting and pleasurable. Some people say the first time isn’t good, but it was good.

I didn’t tell her I was a virgin, but had she asked me, I would have been open.

I met my wife about 18 months later, at work. I noticed her immediately. She was really pretty with lovely huge eyes – a dreamy look.

I didn’t ask her out directly, but I asked a mutual friend if she was spoken for. She ended up acting as a bit of a matchmaker.

Our first date was on my 40th birthday and we married 18 months after that.

She was very special.

I was lucky when she fell for me, she gave me complete and unconditional love and that’s rare. And I’m lucky to have had it.

When I spoke with her about my sexual history she was totally accepting and non-judgmental so it was fine. Our relationship was so strong emotionally and there was never an ounce of criticism in her – to be with her was simple.


We were married for 17 years. Sadly she passed away nearly three years ago now, so that was traumatic.

I always feel that I met her too late and lost her too early, but then again I’m not sure she would have found me attractive if she had met me when I was young.

I look back on my youth with a sense of regret. It’s almost as though I am grieving for something that didn’t take place. I feel there’s a stack of fond memories that aren’t available to me, or a set of experiences that I didn’t have.

So the first thing I would say to anybody in that situation now is: “Do take it seriously.”

And we should think about intervening if we notice it. How we do that, I’m at a loss to say because if someone had asked me about it, I would have denied the problem. But some people will be in a position to notice.

But if you know somebody who’s never had a girlfriend or a boyfriend, perhaps don’t assume that’s what they want. Try and be supportive – probably not by directly asking them, “Why don’t you ever go out with anyone?” But by being encouraging and explaining that everybody has doubts when they first ask someone out.

It’s OK to be nervous, but it’s also OK to have the desire to want to be with someone. All of these feelings are part of humanity, and if you deny yourself that then you deny yourself part of a human experience.

One of the things that most worries me about the publicity around the Toronto attack [in which 10 people were killed by Alek Minassian who identified with the “incel” or “involuntary celibate” movement] is that people who are still looking for love may feel stigmatised and have a sense of shame.

There is no right or entitlement to being loved or finding love, but looking for love is still a valid wish in life. Not having love is not anybody’s fault, it’s just circumstances.