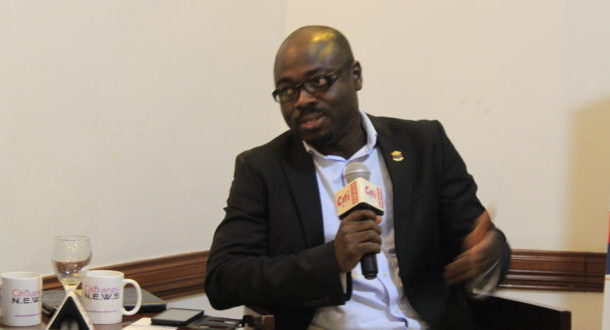 Economist, Dr. Lord Mensah says the International Monetary Fund (IMF) had no choice but to approve the third tranche of funding under the Extended Credit Facility (ECF).

According to Dr. Mensah, Ghana had strictly and painfully adhered to the conditions set under the ECF which has seen rating agency Moody’s affirm Ghana’s ratings to B3 with a stable outlook from negative.

Speaking to Citi Business News, the Economist and Senior Lecturer at the University of Ghana Business School said the country is being disciplined in the areas of fiscal and budget deficit.

“So if the conditions that we are painfully meeting are what the IMF will look at then they had no other choice than to approve the funding for Ghana under the third review,” he said.

The IMF board on Wednesday approved Ghana’s third review after Ghana provided full data requested by the Fund to enable it make a decision on the country’s ECF program.

The approval of the review by the Fund is expected to lead to the release of 114.6 million dollars to Ghana. Meanwhile the International Monetary Fund (IMF) has stated that Ghana’s economic outlook still remains challenging. The IMF which approved Ghana’s third review under its ECF program on Wednesday says though there has been progress in stabilizing Ghana’s macroeconomic situation and reducing financial imbalances fiscal risks still remain elevated.

A statement from the fund on the approval on the third review said during the review, adjustments were made to the program to ensure that it remains on track and to enhance its prospects of success. This lead to Executive Board of the Fund granting waivers including minor deviations in a few program targets.

Ghana’s three-year arrangement with the IMF which will see the disbursement of a total of US$918 million was approved on April 3, 2015. The program aims to restore debt sustainability and macroeconomic stability in the country to foster a return to high growth and job creation, while protecting social spending.

Meanwhile, the IMF says further efforts are needed to address revenue shortfalls, while expenditure control measures should be fully enforced to contain the wage bill and other current spending. It adds that government is projected to run a primary surplus this year, which, along with the stability of the cedi, should contribute to a marked decline in the debt-to-GDP ratio.