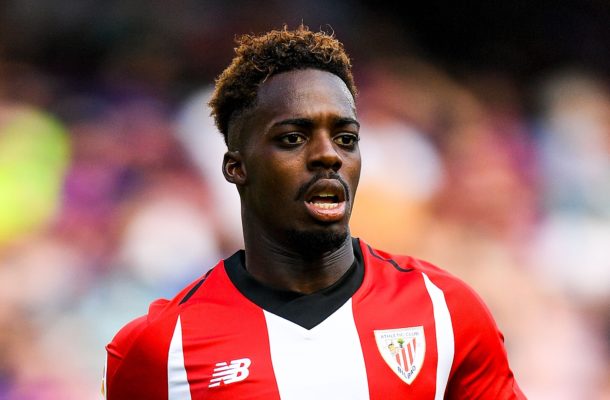 Athletic Bilbao striker Inaki Williams has gone into the history books for playing 203 consecutive matches for his side in their 1-0 win over Alaves at the San Mames on Friday night.

Williams set a Spanish league record with his 203rd consecutive appearance by playing Friday’s match at San Mames Stadium. The Bilbao striker has not missed a league match for any reason since April 2016. The prior mark of 202 straight league games was held by former Real Sociedad player Juan Larranaga.

Garcia had a spot kick saved by Alaves goalkeeper Fernando Pacheco in the ninth minute after a long video review that spotted a handball by Ximo Navarro.

Pacheco kept Alaves alive against a dominant Bilbao by saving shots by Iker Muniain and Williams on the half-hour mark.

But the goalie could do little to stop Garcia from heading in Inigo Lekue’s poorly defended cross a minute before halftime. Williams drew in two defenders, leaving Garcia free to nod home Lekue’s long ball to the far post.

Bilbao jumped into sixth place with the victory, just ahead of Barcelona, before the rest of the round this weekend.
Alaves stayed in the relegation zone after its sixth defeat in seven games. It arrived to the match hoping to build on its shock 1-0 win over defending champion Atletico Madrid in the last round, but it generated far too little in attack to dispute the Basque Country derby with Bilbao.