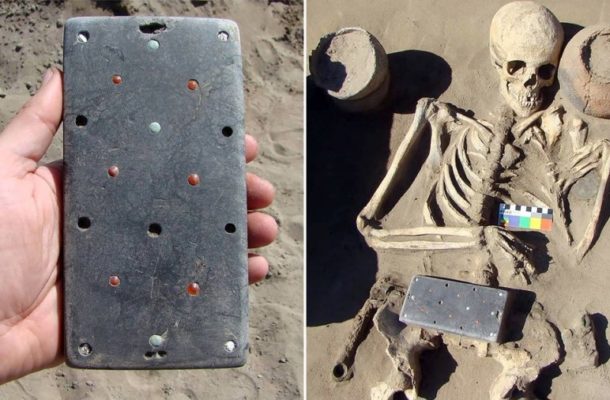 Archaeologists were shocked to discover an "iPhone" buried with the body of a woman in a grave believed to be over 2,000 years old.

They made the discovery in the Russian republic of Tuva, known as "The Russian Atlantis".

The area remains underwater for most of the year and only drains in the months of May and June.

This is when researchers get the opportunity to study the area.

Archaeologists have named the woman "Natasha" and they called the object found buried with her and decorated with Chinese wuzhu coins an "iPhone", according to the Siberian Times. 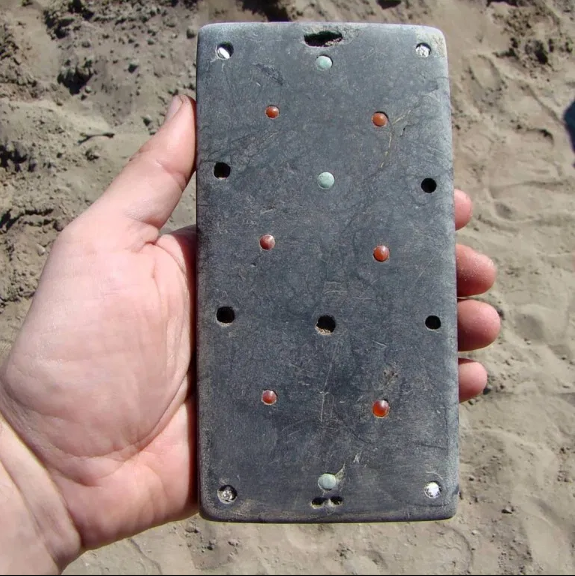 But the object is in fact a rather large belt buckle, and the coins which decorate it are believed to have been minted around 2,137 years ago.

Dr Marina Kilunovskaya from the St Petersburg Institute of Material History Culture, described the site where the body of "Natasha" and also the body of a leather designer was found, as a "scientific sensation".

She said her archaeological expedition team was "incredibly lucky" to discover the ancient burial sites, which had avoided being found by grave robbers.