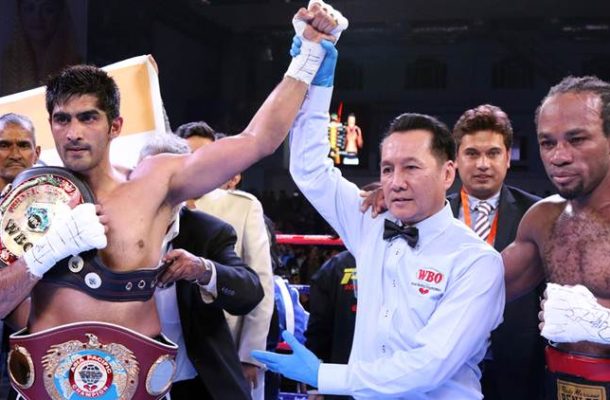 Vijender, who successfully defended his WBO Asia Pacific and Oriental super middleweight belts against Ernest Amuzu of Ghana last month, could next be seen in action in April next.

He is likely to challenge for the Commonwealth title to add to his belts.

Following him in the fourth place is another Brit in Rocky Fielding.

He is also a former Commonwealth and English super middleweight champion.