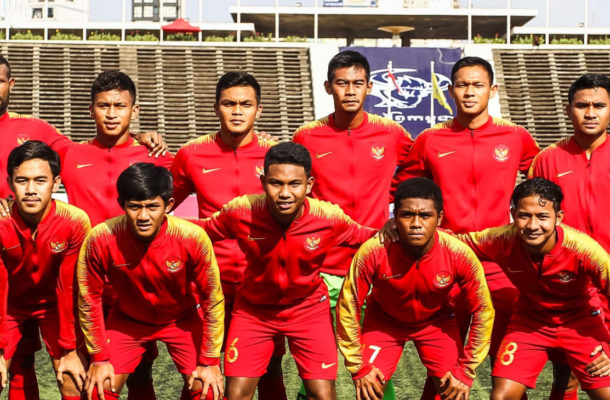 Phnom Penh: Luthfi Kamal was the hero as Indonesia edged Vietnam 1-0 in their AFF U22 Cup 2019 semi-final at the National Stadium in Phnom Penh on Sunday.


Luthfi's sweetly-struck free-kick proved to be the difference in a tightly contested affair.

Indonesia, who qualified for the semi-finals after finishing second in Group B, will face the winners of the Cambodia-Thailand semi-final being played later on Sunday.

Indonesia started the tie under the hot Cambodian sun the better of the two sides, with Vietnam seeing more of the ball in the latter stages of the first half but neither team was able to find the back of the net.

The second half saw more of the same but it all changed in the 69th minute when Gian Zola Nasruloh Nugraha was brought down at the edge of the Vietnam penalty box as he surged towards the goalmouth.

Luthfi stepped up to take the set-piece and his effort was perfect as the ball settled in the back of the net.

A stung Vietnam threw players forward in search of the equaliser but Indonesia's defence held firm as the Garuda Muda survived five minutes of added time to seal their place in Tuesday's final.

A win will set them up nicely for the 2020 AFC U20 Championship Thailand qualifiers in March, where they will renew their rivalry with Vietnam in Group K. Thailand and Brunei Darussalam are also in the group.Source: the-afc.com