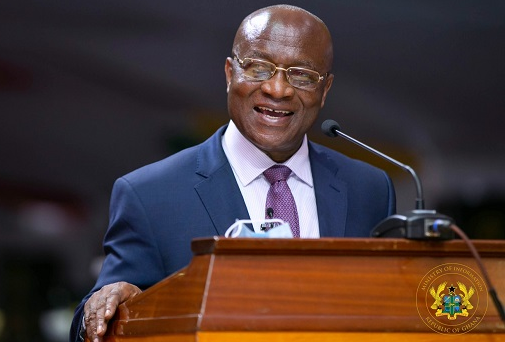 One area of the economy that requires attention is the inefficiencies in government spending, Majority Leader Osei Kyei Mensah Bonsu has said.

He explained that higher budgetary allocation alone may not translate into social and economic outcomes unless specific measures are implemented to correct the underlining inefficiency in spending.

He has therefore asked the Committees of Parliament to trace and track the allocations that are made to the various sectors of the economy in order to assure Ghanaians that there is value for money in the expenditures that are made on their behalf.

He said these during a post-2022 budget statement workshop in Ho on Saturday, November 20.

The Suame Member of Parliament further indicated that it is worrying that below 10 per cent of the total working population in Ghana are registered taxpayers.

He wondered how the government is going to be able to generate enough revenue to embark on development projects with these statistics in place.

Speaking at a post-2022 budget workshop in the Volta regional capital Ho over the weekend, the Suame Lawmaker said the government has not been able to raise enough domestic revenue to develop the country.

“Our inability to raise enough domestic revenue to meet government expenditure with less than 10 per cent of the total working-class registered as taxpayers, how can the government implement policies and programmes to improve the living conditions of Ghanaians.

“This is quite worrying and requires urgent steps to correct same.”

He added “Another area that requires attention is efficiency in government spending. Higher budgetary allocation alone may not translate into social and economic outcomes unless specific measures are implemented to correct the underlining inefficiency in spending.

“Here, I believe the committees of Parliament are required, as I keep saying, to trace and track the allocations that are made to the various sectors of the economy in order to assure our countrymen and women that indeed, there is value for money in the expenditures that are made on behalf of the people of this country.”

At the same forum, the Minority Leader, Haruna Iddrisu, said that his side in Parliament will not support the controversial E-levy policy proposal in the 2022 budget statement.

According to him, the levy serves as a disincentive for the growth of the digital economy.

He said “Mr Speaker, understandably, we see that the Minister of Finance seeks to introduce some measures including the now popularly declared e-levy or digital levy as some have quite named it.

“We in the minority may not and will not support government with the introduction of that particular e-levy. We are unable to build a national consensus on that particular matter.”

The introduction of the levy attracted concerns among a section of Ghanaians.

For example, the National Communications Officer of the National Democratic Congress (NDC), Sammy Gyamfi said on the Key Points on TV3 Saturday November 20 that the government was punishing Ghanaians for their own recklessness following the introduction of these taxes.

“They are punishing Ghanaians for their on recklessness,” Sammy said among other things.

Also speaking on the same show, a Fiscal Policy Specialist at Oxfam, Dr Alex Ampaabeng said the minority MPs should be blamed if this disapproved.

He explained that approval of the 2022 budget statement which was presented to Parliament by the Finance Minister Ken Ofori Atta on Wednesday November 17, will require the support of lawmakers from both sides of the house to do so.

Therefore, if the tax on mobile money transaction (E-levy), is approved by Parliament, the National Democratic Congress Members of Parliament should also be held liable, not only those on the government’s side.

“That is the first point that I want to make,” he said.

He further stated that the tax is going to counter the government’s agenda of ensuring a cashless stem because people will now resort to relying on cash transactions.