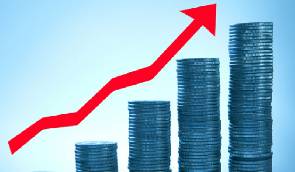 Inflation for imported items also rose from 15.2 in July to 17.3 in August.

Locally produced items however dropped from 17.3% in July to 16.7% in August.

The non-food and non-alcoholic beverages group recorded a year on year inflation rate of 8.5%.

The government statistician, Philomena Nyarko, blamed the rise in the August inflation rate on the Non- food sector and the increase in import inflation rate.

According to her, prices of goods are on the ascendancy due to uncertainties around the impending elections.