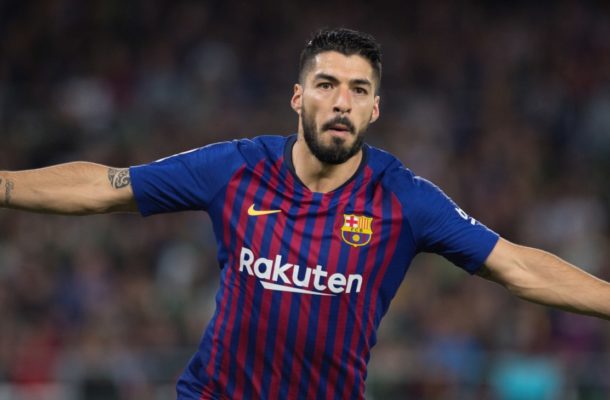 Barcelona: Barcelona forward Luis Suarez has been ruled out of playing in the China Cup with Uruguay after spraining his ankle for his club at the weekend.

"He will... undertake his recovery with the FC Barcelona medical team, having been withdrawn from the Uruguayan national team squad," the club said in a statement Monday.

Suarez's absence adds to that of Edinson Cavani for Uruguay after the Paris Saint-Germain striker failed to shake off a thigh injury for the trip to China PR.


Oscar Tabarez's squad travel to Nanning to take on take on Uzbekistan on Thursday, with the winners meeting China PR or Thailand in the final four days later.

Suarez scored his 18th league goal of the season at Betis to draw level with Diego Forlan for the most goals scored by a Uruguayan in Spain's top flight with 128.

The China Cup kicks off preparations for the 2022 FIFA World Cup Qualifiers that begin later this year.