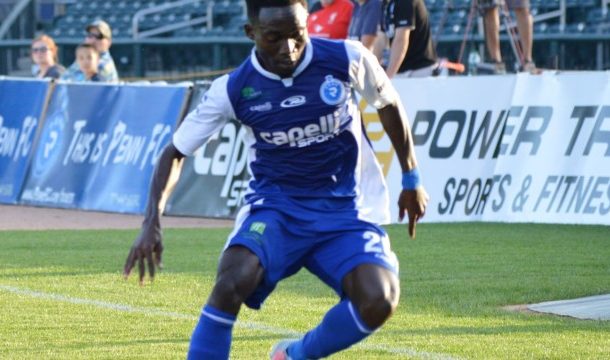 He joins his new team on a three-year contract after playing 15 matches halfway through the 2018 USL season with Penn FC in the USA.

Last season (2017), he had a season long loan stint with the same side where he played 15 matches.

“There is no doubt that this cooperation opens some doors for us that we did not previously have access to,” HB Koge Sports Director Per Rud says:

“Fredrick has left a really good impression here and we have also seen him play in the United States. He brings some speed, has fast feet and is not afraid of challenging his opponent.”

“He has power in his run, works both ways and can use both legs, giving us some opportunities on both sides,” he concluded..

Opoku got his senior debut for Inter Allies FC at the age of 18, and has represented Ghana at the U – 20 level.

He will wear jersey number 7.