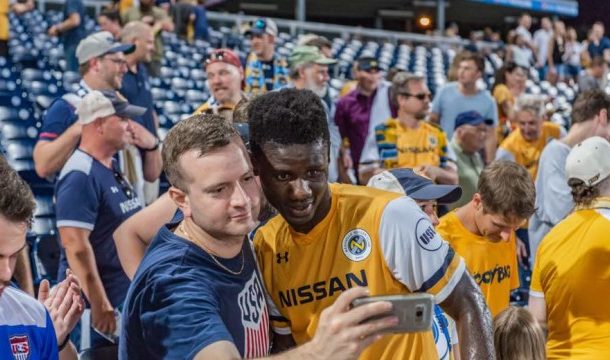 On loan Ropapa Mensah bagged an assist for Nashville SC as they beat Atlanta II in the USL.

The Inter Allies-owned forward came on in the 77 minute for Brandon Allen and helped put the icing on the cake.

it was Moloto’s turn to add a goal to make it 3-0 for Nashville as he took a Ropapa Mensah ball and curled it home from the top of the box.

It was a dagger from Nashville and insured the three points remained with the home team.