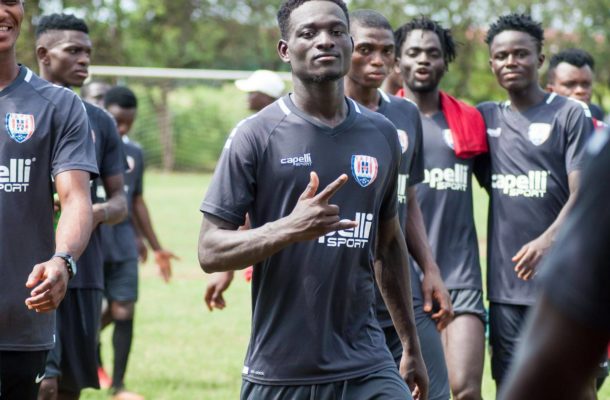 The two teams will slug it out on the first day of the season with Inter Allies playing at home. The Eleven Is to One side will lock horns with the Scientific Soccer lads at the Theatre of Dreams – Dawu on Sunday.

Samuel Boakye, Solomon Antonio and Charles Agyemang are some of the finest young talents who have been promoted from the junior team – Cedar Stars to the senior team after losing Richmond Lamptey to Asante Kotoko.

Last season’s Zone Three runner up Tema Youth lost out to Accra Lions but the Harbour Warriors still possess the armoury to fight for promotion this season.

The Harbour Warriors lost to Skyy FC in the final of the newly introduced Division One League Super Cup. Evans Osei Wusu, Jeremiah Arkoful, Emmanuel Owusu, Stephen Appiah and brother, Daniel Appiah are some of the exciting players to look out for in Zone three this season.

Tema Youth travel to Accra to take on Golden Kicks at the Accra sports stadium on the opening day of the season.

The three newly promoted sides Golden Kicks (Greater Accra Region), Kwaebibrim (Eastern Region) Akatsi All Stars (Volta Region) will fight for honours in the Zone as they battle the big boys in search of a Premier League status.

Here are the fixtures for Zone Three: 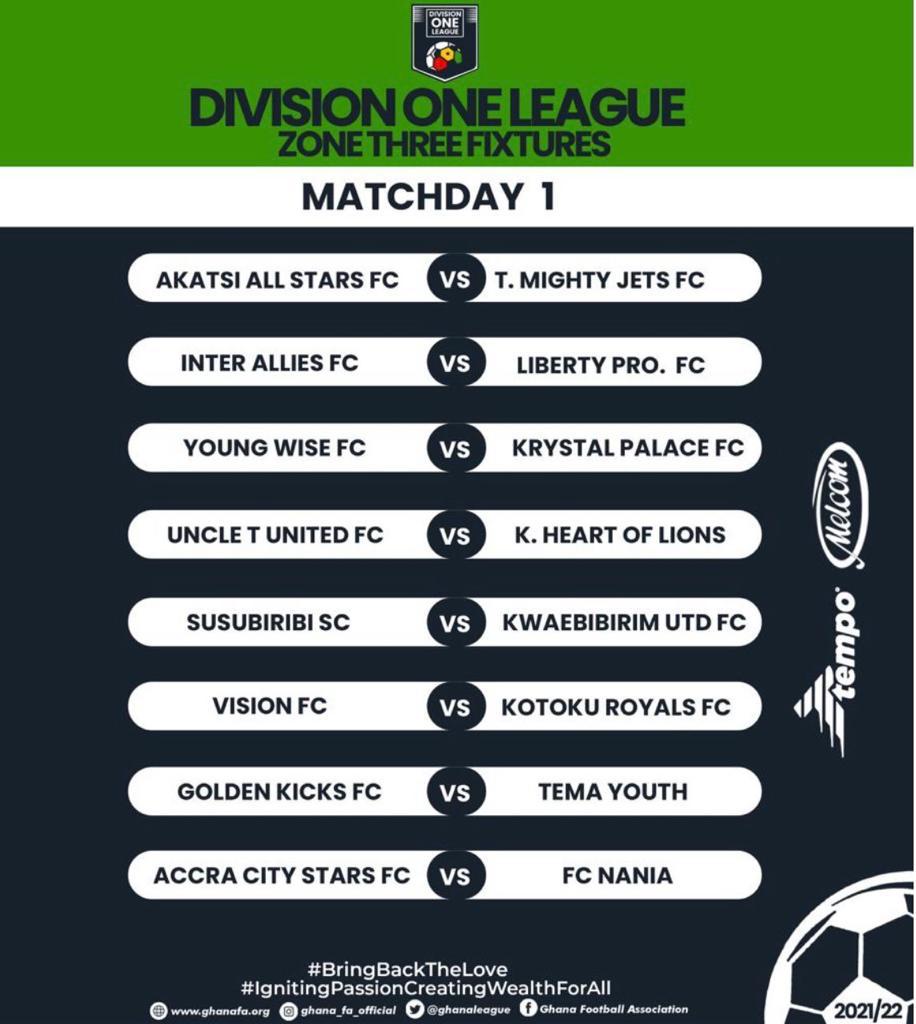