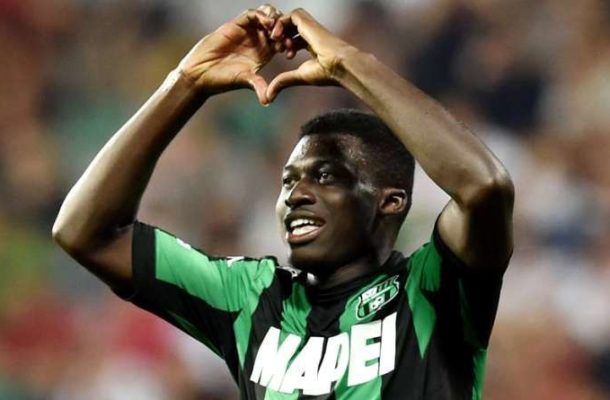 Serie A giants Inter Milan and Turkish side Galatasaray have joined the race to sign Sassuolo midfielder Alfred Duncan this summer.

The two clubs are reportedly readying to submit bids for the Ghanaian this week.

The Ghana international is also on the radar of AC Milan, who are keen on improving their squad ahead of next term after another trophyless season.

According to reports in Italy, the Black and Greens will only consider a huge offer.

Should the midfielder be prised from Mapei stadium, the fee would represent a great profit on the €6m Sassuolo spent to sign him from Sampdoria in 2016.

Duncan made a total of 25 appearances in the just ended season.