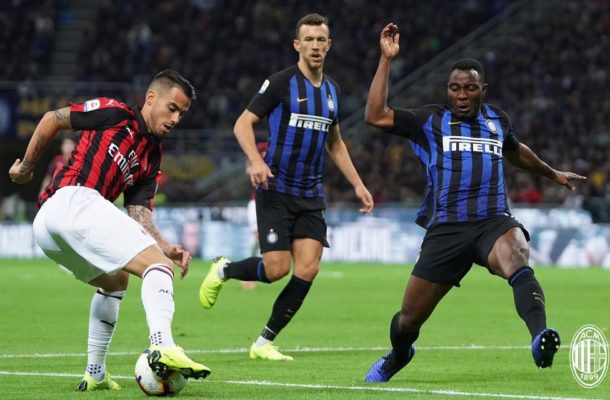 Inter Milan ace Kwadwo Asamoah has expressed his delight following their dramatic 1-0 win over city rivals AC Milan at the San Siro in Serie A.

The Ghanaian international who was making his first ever appearance in the famous Milan derby having joined the Nerazurri in the summer lasted the entire duration of the match.

Just when the game looked destined to end in a goalless draw, Mauro Icardi headed in Matias Vecino's cross injury-time to snatch all three points.

An ecstatic Asamoah took to social media to share his emotions;

Inter move up to third with the victory - with AC Milan remaining 12th.