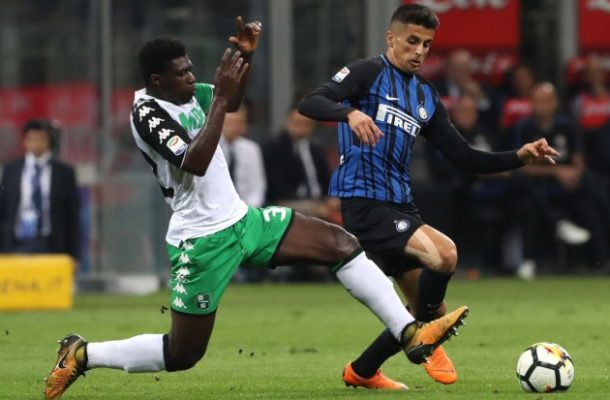 Serie A giants Inter Milan have stepped up their efforts to sign Sassuolo midfielder Alfred Duncan amid interests from several other clubs.

Showdowns talks between the two clubs over the transfer of the Ghanaian international is scheduled to come off this week.

The Nerazurri are confident an agreement for the player can be reached soon but the Black and Greens are adamant Duncan will only be sold at the right price.

Should the midfielder be prised from Mapei stadium, the fee would represent a great profit on the €6m Sassuolo spent to sign him from Sampdoria in 2016.

Duncan made a total of 25 appearances in the just ended season.