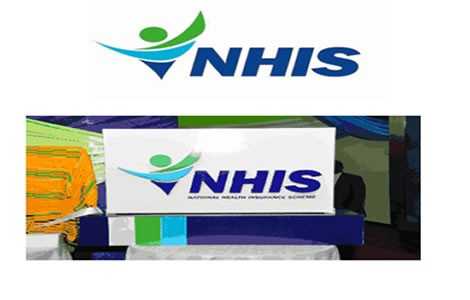 The Intravenous Infusion PLC, manufacturers of pharmaceutical products, has made a distress call to the government to pay GH¢10 million owed the company after the supply of infusions to hospitals under the National Health Insurance Scheme (NHIS).

According to the Managing Director of the company, Mr David Klutse, the debt which had accumulated over one year had negatively affected the operations of the company and could spell further doom if immediate steps were not taken by the government to settle it.

“We trade in a product that is sold solely to the hospitals, but the delays in repayment from the National Health Insurance Authority (NHIA) for more than a year has led to an accumulated debt of about.

“Our situation is dire because the banks are not ready to give us loans because they fear that the NHIA will not pay back in good time for us to pay back,” he lamented.

Mr Klutse stated this in an interview with the Daily Graphic at the annual general meeting of the company in Accra yesterday.

The occasion which brought together shareholders of the company was used to provide updates on the financial status of the entity, as well as strategies to come out of the woods.

It was a platform to re-elect directors who were retiring from the company and to also ratify the appointment of Mr Devine Dugbartey Doku as a director of the company.

Touching further on the company’s debt situation, Mr Klutse called on the government to set aside emergency funds to clear the debt owed the entity to keep it in business.

“We want to continue to be a good partner to the government in the provision of health care to the people because the NHIS is one of the best social interventions.

“We do not want to get to that point where cash and carry will become an option or will become the only option for us, but we cannot also just let infusions go without money,” he stressed.

He added that the debt situation of the company could force it to take drastic decisions, including laying off workers, a development which he said would worsen the unemployment profile of the country.

“We have workers for services ranging from packaging, engineering, dispensary to driving, but if there is no money we cannot continue to pay these people,” he added.

Mr Klutse noted that the company was in the final stages of doing private placement to be able to raise enough money to sustain its operations.

The Chairman of the company, Mr Isaac Osei, stressed that the private placement move by the entity was meant to raise GH¢ 5.94 million to finance capital and non-capital items.

He added that the transaction advisors, Messrs Databank and CAL Brokers Limited, had completed documentation for the draft prospectus to be forwarded to the Security and Exchange Commission (SEC) for approval.