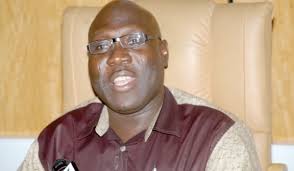 Member of Parliament (MP) for Tamale Central constituency and Minister of Roads And Highways, Inusah Fuseni, has dragged Western Publications Limited, Pub­lishers of Daily Guide newspaper, to an Accra High Court for defamation.

According to the plaintiff, the paper defamed him when it reported in its October 3, 2016 edition that he had paid "an amount of over GH?80,000 to bring self-acclaimed dance hall artiste, Shatta Wale," to perform at his campaign launch in Tamale in the Northern Region.

Lawyers for the plaintiff stated that the story headlined, "Minister Blows ?80,000 On Shatta Wale," indicated that Shatta Wale, performed alongside two other local artistes in the region who were also said to have been paid GH?20,000 each.

Also joined to the suit are Fortune Alimi and Eric Kombat, Editor and Northern Regional Correspondent of the paper respectively.

Lawyers for the minister in a 33-paragraph statement of claim, said aside the publication, the paper again on page three of its October 5, 2016, edition published a caricature of plaintiff headed: "Tamale Fusena" depicting him with a bag of money on his back, holding a microphone in his hands and singing.

The writ indicates that the words in the headline on the front page of the paper on October 3, together with the words contained on page three of the said publication and the carica­ture published on the same page on October 5, "in their natu­ral and ordinary meaning means and were understood to mean that" the Roads and Highways Minister is a wasteful and unconcerned person who does not have the interest and the development of the Tamale Central Constituency at heart; but is only interested in perpetuating himself as the MP for the constituency by whatever means."

The lawyers further argued that the said words and cari­cature complained of in their natural and ordinary meaning, meant and means that the minister is a corrupt MP bribing his electorate with fuel coupons - an act which is an offence under the Representation of the People Law 1992 (PNDC Law 284), implying that he is a suspected criminal not competent to remain in Parliament.

The plaintiff, among other things, claimed that the words and the caricature complained of in their natural and ordinary meaning, means and were meant to mean that he is incapable and unable to address the basic needs of his constituents as a parliamentarian.

As a result, the Roads and Highways Minister aside cost of legal fees, is asking the court for a perpetual injunction restraining the defendants jointly and severally either by themselves, agents or assigns, from publishing or causing to be printed the said defamatory words.

The Tamale Central MP wants a retraction of the story in the same prominence as the publication.