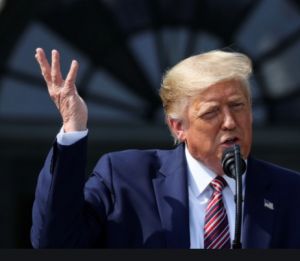 (CNN)A judge in Baghdad's investigative court has issued an arrest warrant for outgoing US President Donald Trump, over the killing of an Iraqi paramilitary leader during the assassination of Iranian General Qasem Soleimani last year.

Abu Mahdi al-Muhandis -- the Iraqi deputy head of the Iran-backed Iraqi Popular Mobilization Forces -- was killed along with Soleimani in a US airstrike just over a year ago, on January 3, 2020.

"After the completion of the preliminary investigation procedures, the judge decided to issue an arrest warrant for the outgoing President of the United States of America, Donald Trump," read a statement released by the Supreme Judicial Council of Iraq on Thursday.