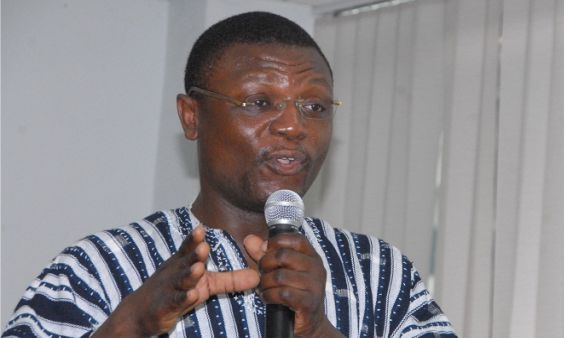 National Organiser of the National Democratic Congress (NDC), Kofi Adams, has stated that the irresponsibility on the part of the current government has resulted in no-bed deaths in the country.

According to him, there are health facilities that were constructed by the NDC administration but the current government has refused to utilise those facilities.

His comments follow the 70-year-old man, Anthony Opoku Acheampon, who lost his life at the LEKMA hospital after six other hospitals refused to admit him due to an apparent lack of beds.

Ishmael Opoku, son of the deceased man explained that the incident, happened on 3 June 2018 after he received a phone call from his mother to come home and assist in taking his father to the hospital because he was complaining of headache and dizziness.

At midnight, Mr Opoku and his mother drove the old man to the C&J Hospital at Adabraka where a nurse turned them away with the no-bed excuse without even administering first aid.

They left C&J Hospital to the Korle-Bu Teaching Hospital where the same excuse was given. From Korle-Bu, they made trips to Korle-Bu Polyclinic, the Accra Regional Hospital, the Police Hospital and LEKMA Hospital where his father eventually died. All the hospitals they visited turned them away over claims that there was no bed.

At the LEKMA hospital, Mr Opoku said his mother knelt before the doctor and pleaded that her dying husband be attended to, but the doctor refused to take care of him, insisting there was nothing he could do. Mr Acheampon died in his son’s car after all attempts to get him medical treatment failed.

Speaking on this matter on TV3’s New Day Saturday June 16, Mr Adams said: “Government is not prioritising health enough. This government just need to do something little considering what has been done by the previous government.”

He added: “The government is being irresponsible, we have a number of health professionals who are not being employed, doctors are sitting at home and we have health facilities completed but are not being used.

“So we have doctors complaining of unemployment, nurses are sitting at home, there are health facilities sitting down not being used.