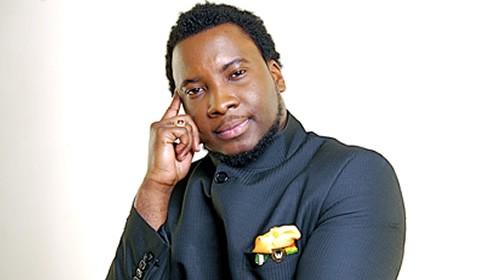 Minister, Sonnie Badu has received backlashes from some Nigerian social media users who believe comments passed by the popular artiste with regards to the xenophobic attacks are way off track, describing him as ‘irresponsible’ and ‘hypocrite’.

The ‘Baba’ hitmaker in a Facebook post claimed Nigerians have carried a reprisal attack on some Chinees and other Westerners following the Xenophobic attacks in South African.

According to the UK-based Ghanaian gospel artiste, Nigerians are attacking their fellow countrymen and believes that such an act will not solve the attacks in South Africa in any way.

However, some Nigerians who felt offended about Sonnie Badu comments criticized him for spreading lies about their country.

They rained insults on him and asked him to verify his fact before spreading false stories.

See the comments below:

Kingsley Iserhienrhien had this to say; “Sonnie am not surprised? you sharing what you heard without facts. You Ghanaians do maltreat Nigerians in your own country, you guys are not different from SA. Am talking out of experience but you, you heard. Ghanaians are nursing such hatred towards Nigerians in your neighborhood”.

Uchechukwu Okoronkwo also wrote; “Badu has acted irresponsibly. You don’t share what you hear…you confirm it first. FYI no foreigner has been attacked in Nigeria”.

Rosemond Idun commented; “Where was Sonnie Badu when The South Africans were attacking the Nigerians. Sometimes I don’t want to understand some of these hypocrites”.