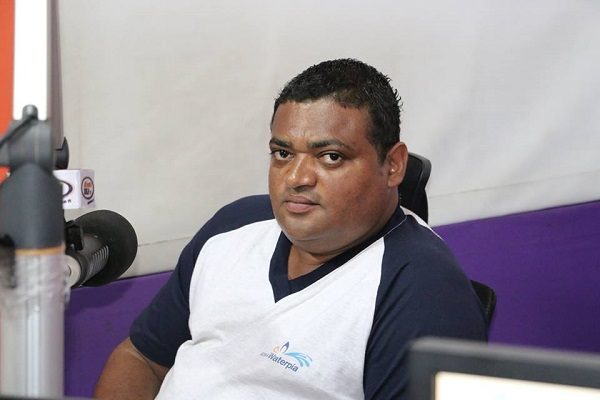 Former deputy Minister for Youth and Sports, Joseph Yamin has waded into the $25million Black Stars budget debate that has ignited in the country since Monday.

He has accused the ruling NPP government of being confused as they are the same persons who terminated the GNPC contract with the Black Stars as they deemed it irrelevant at the time.

Since the announcement by the Sports Minister on Monday that Ghana will need a budget of $25million to play in the 2021 AFCON and the 2022 World Cup qualifies many Ghanaians have hit hard at the government for budgeting such obscene amount for  these two tournaments.

The President also urged the Black Stars to win the AFCON title and also reach the semi finals of the Qatar 2022 World Cup.

He also added that government will hand the Black Stars $10million and corporate Ghana should also add the remaining $15million.


According to Joseph Yamin, If the President thinks that our team is good enough for the semi finals then he should tell them to reach the finals of the World Cup and not semis considering the amount of money involved.

“If the president is talking about $25m budget, then I do not know why our target should be the semi-final and not the final itself,” He quizzed.

“Ghana is a football Nation and for most tournaments, we are the favorites to win, so to say we are setting a semi-final target means we are not too confident of our abilities at this time or we do not have what it takes to get to the final.” He told Kumasi FM.

“But I will like to ask whether we are too broke to the extent that the Government will want to look for sponsorship from these Oil Corporations.”

“Because this is a Government that terminated the sponsorship which existed between the GFA and the GNPC, claiming it was needless. That sponsorship was meant to cushion the National Team for tournaments but this Government didn’t see any wisdom in it, only for them to go back to the same institutions. And I can only say that the Government is confused and doesn’t really know what to do.” He concluded